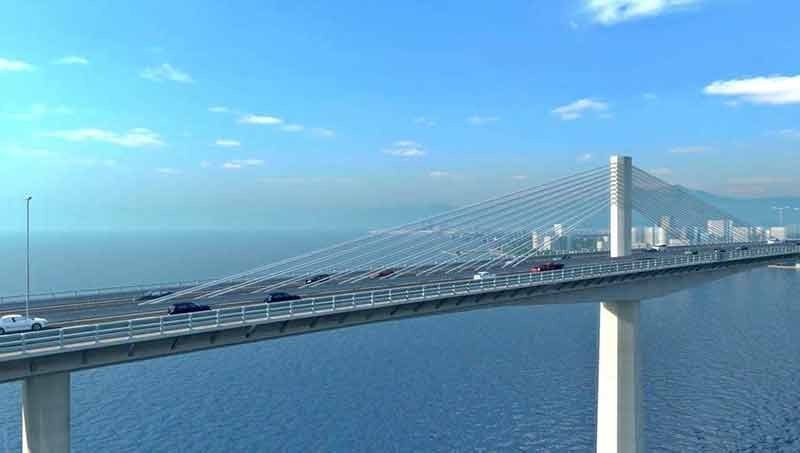 THE parties pushing for the realignment of the Samal Island-Davao City Connector (SIDC) Project, also known as Davao-Samal Bridge, will seek "administrative remedies" before seeking legal action in court.

Ramon Edison Batacan, lawyer of the Rodriguez and Lucas family, whose property will be affected by the construction of the bridge, told SunStar Davao in a phone interview that they are questioning the issuance of the Environmental Compliance Certificate (ECC), a requirement before the construction of the project could commence.

Batacan forwarded copies of the formal letter of demand for explanation and legal basis to SunStar Davao, which was forwarded to the office of the Department of Public Works and Highways (DPWH), the project implementer and the Department of Environment and Natural Resources (DENR).

According to a letter forwarded to both agencies, Batacan said the current processing of the ECC by DPWH did not follow proper procedure as it bypassed the mandate of the Presidential Proclamation No. 2152, Series of 1981, which declares Samal as a Mangrove Swamp Forest Reserve.

The forest reserve, according to the Presidential Proclamation, is a protected area. He said DPWH failed to secure clearance from the Protected Areas Management Board (PAMB) as part of the ECC process.

According to the National Integrated Protected Areas System Act (Nipas Law), all protected areas are administered by PAMB.

The camp also cited the Davao Regional Physical Framework Plan (2015-2045), approved by the Davao Regional Council, recognizing Samal as a protected area covered by the Republic Act No. 7586 or the National Integrated Protected Areas System Act of 1992 (Nipas law).

Batacan said implementing the project without clearance from PAMB "is a serious criminal offense punishable by imprisonment and fine."

He said the compliance procedure was not followed by the proponent despite securing a certification from the City Environment and Natural Resources Office (Cenro)-Panabo and DENR-Davao.

In a previous report, the certification was issued in May this year, citing that the SIDC project site is not within the boundaries of the Nipas Law.

The camp aired its opposition to the alignment of the bridge during the Environmental Impact Assessment (EIA) of the Davao-Samal bridge online public hearing on September 28, as it will cause a detrimental impact in marine life where the bridge will be aligned.

In a previous report, the planned Davao-Samal bridge will traverse Davao Gulf from the areas where the Davao Beach Club is located along R. Castillo and Daang Maharlika Junction in Davao City going to Barangays Caliclic and Limao, Babak District in Samal.

Both areas are where Paradise Island Park and Beach Resort, and the Costa Marina Beach Resort in Samal are located. The affected areas have an enormous coral reef garden on their beachfront.

The hearing, organized by the Environmental Management Bureau (EMB), was attended by participants from different government agencies, local government, non-government organizations and other stakeholders.

During the hearing, representatives from the Rodriguez family requested DPWH to reexamine the alignment in view of its adverse environmental impacts.

"They asked the DPWH to seriously consider the land being offered for donation by the Rodriguez Family adjacent to the old shipyard, now Bridgeport," Batacan said.

He added this was the original landing site recommended by the Japan International Cooperation Agency (Jica) as the shortest, cheapest and least environmentally burdensome. He said this would save the government millions from land acquisition.

According to DPWH, the bridge project would cost P23.04 billion.

Batacan said if the project implementer will follow Jica's proposed alignment, it will only cost them P16 billion.

He said the project implementers are "skeptical" to the family's proposal, questioning their suggestion to relocate the project to their proposed area.

If the concerned agencies will ignore their appeal to move the landing site to save the rich marine life in Paradise Reef, and that the regional DENR will continue to award the ECC clearance to the project, he said they will raise the issue to Environment Secretary Roy Cimatu and even President Rodrigo Duterte.

He said they do not want the issue to reach the higher court.

"We are trying to exhaust administrative remedies. We wanted these things settled out of court and we wanted the DPWH and the proponent to look into our site because there are a lot of environmental issues to be complied with," Batacan said.

"Because we are guided by the principle of administrative remedies before seeking judicial remedies. We do not want to file cases against concerned people against public officers involved in the construction of the bridge. Ayaw namin yan (We don't want to do that), but we will do it as a last resort," Batacan also said.

Among the legal remedies they will seek, he said, is the filing of the Writ of Kalikasan, a legal remedy that protects the people’s constitutional right to a healthy environment.

Another is the filing of mandamus before the Regional Trial Court, which would compel both DPWH and its project designer Ove Arup & Partners Hong Kong Ltd. to relocate the project elsewhere.

He said they are not against the construction of the bridge and that their aim is only to protect the environment by saving the coral reefs. They also said they want the project to follow legal processes.