2nd cease and desist order to be issued vs mining firm 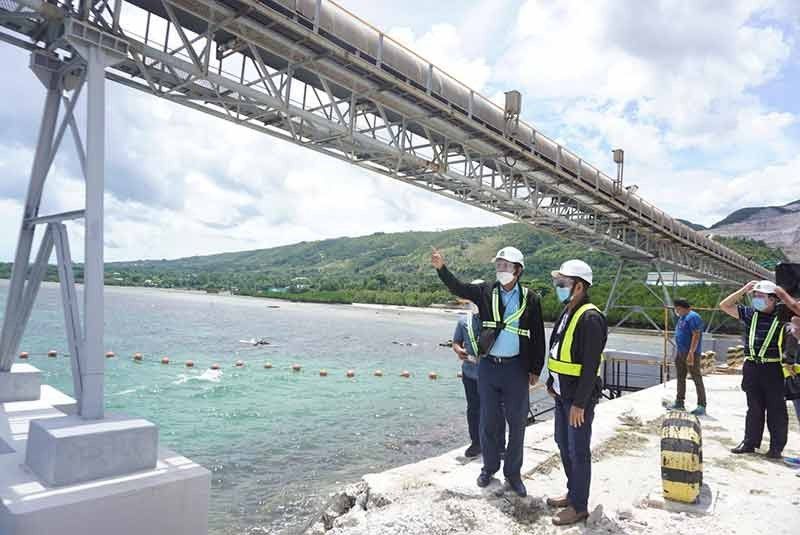 CEBU Gov. Gwendolyn Garcia is set to issue another cease and desist order (CDO) against the Philippine Mining Service Corp. (PMSC) after its dolomite mining operations are said to have affected much of the coral bed in Alcoy town.

Garcia said the transportation of mined dolomite through the PMSC’s conveyor belt in Brgy. Pugalo, Alcoy had damaged the barangay’s coral bed.

In the aerial survey conducted by the Provincial Environment and Natural Resources Office (Penro), it was found out that there is heavy siltation in the waters near the port due to the transportation of dolomite from the PMSC’s conveyor belt.

In a meeting with environment officials and PMSC representatives on Oct. 2, 2020, Garcia invoked the general welfare clause of the Local Government Code as the basis to issue a CDO against the mining company.

Aside from the CDO, the Province is also planning to file a tax claim against the PMSC before local courts due to allegations that the mining firms have not paid taxes to the Province.

Under Section 124 of Ordinance No. 2008-10, it is stated that companies are required to pay a tax of 10 percent of local fair market value per cubic meter of quarry resources under the jurisdiction of the Cebu Province.

It’s been reported that the PMSC sells crushed dolomite, as well as sand and gravel.

Under the Province’s Tax Revenue Code, companies doing business in the Province must secure a governor’s permit, which the PMSC has not done.

Because of this, Garcia tasked the Provincial Treasurer’s Office to compute the total taxes, surcharges and interests that the PMSC has failed to pay.

Antonio Castillo Jr. of Penro has informed the PMSC on the matter.

Meanwhile, the Department of Environment and Natural Resources will be investigating further the coral damage caused by the dolomite mining.

In September, Garcia issued a CDO against the PMSC and its partner firm Dolomite Mining Corp. (DMC), to prevent them from extracting, processing and transporting dolomite from Alcoy.

This, after environment officials disclosed that artificial sand used to develop the Manila Bay was sourced from dolomite mined from Brgy. Pugalo.

Following allegations that the mining operations conducted by PMSC and DMC have degraded the coral bed in Alcoy, Environment Secretary Roy Cimatu ordered both firms to stop their operations while an investigation on their operations is still ongoing. (ANV / CBQ )