Editorial: A matter of survival 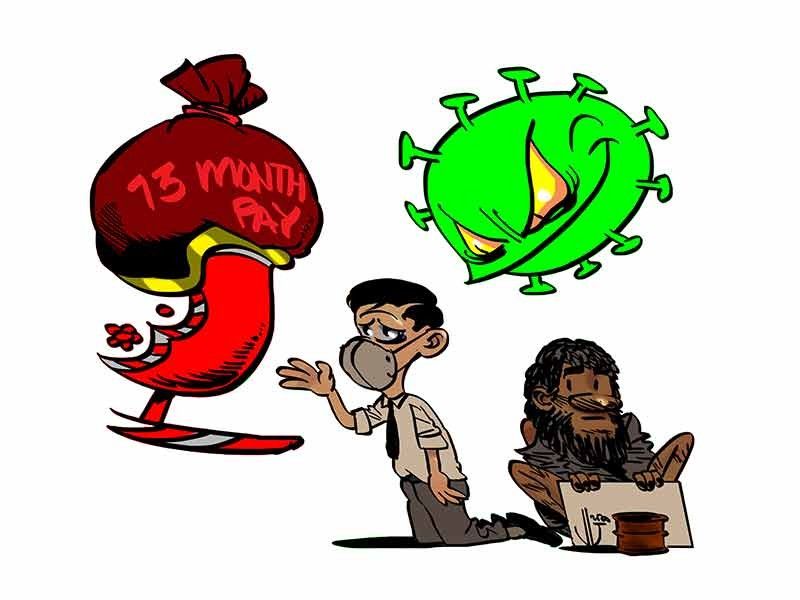 FOR many employees around the country, this year’s Christmas celebration may not be so merry after all.

The Employers Confederation of the Philippines announced that some two million workers may not get their mandated 13th month pay due to the economic effects of the coronavirus disease 2019 (Covid-19) pandemic.

Under Presidential Decree 851, employers from the private sector are required to pay rank-and-file employees a 13th month pay, which is equivalent to the 1/12 of their basic annual salary, not later than Dec. 24 every year.

That means, workers will still get the benefit. Maybe in January or anytime in 2021, but not this year, Bello said. Not after the government imposed the world’s longest lockdown to try and contain the health crisis that forced many businesses to temporarily shut down operations.

Bello was, of course, referring to employees of businesses that have survived.

According to a Social Weather Stations survey earlier this year, “45.5 percent of the country’s adult population have become jobless, half of whom lost their jobs during the pandemic.” It estimated that 27.3 million adults were unemployed in July compared to 7.9 million in December 2019.

The numbers may have improved since the government eased quarantine restrictions allowing for more businesses to resume operations, but the Department of Labor (Dole) has yet to release figures.

Bello’s announcement was welcomed by Mandaue Chamber of Commerce and Industry president Steven Yu, who said the deferment “discourages permanent closure and bankruptcy.”

His counterpart at the Cebu Chamber, Felix Taguiam, said it is a sensitive issue that Dole, businesses and employees must thoroughly discuss so they can arrive at a common stand.

The labor secretary, though, believes workers will agree to the arrangement. He knows that for many out there, it is no longer a matter of getting a bonus. It’s about having and keeping a job.