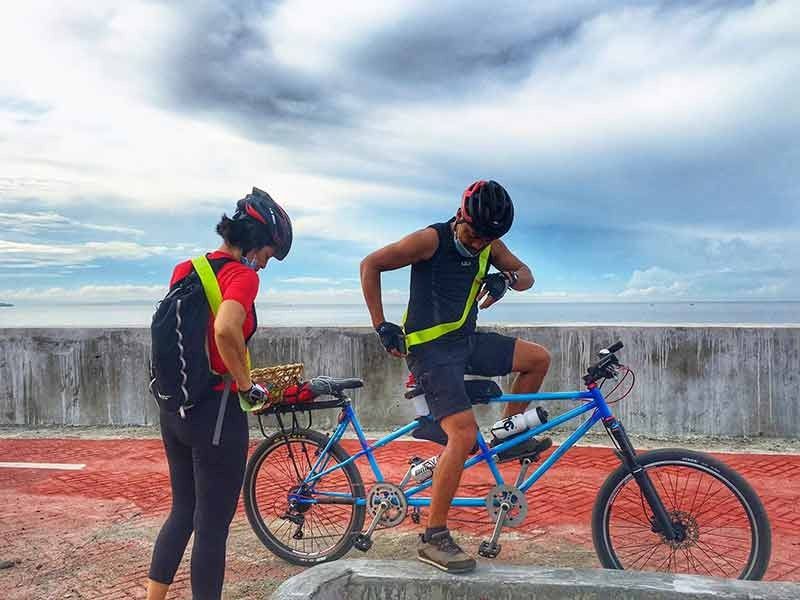 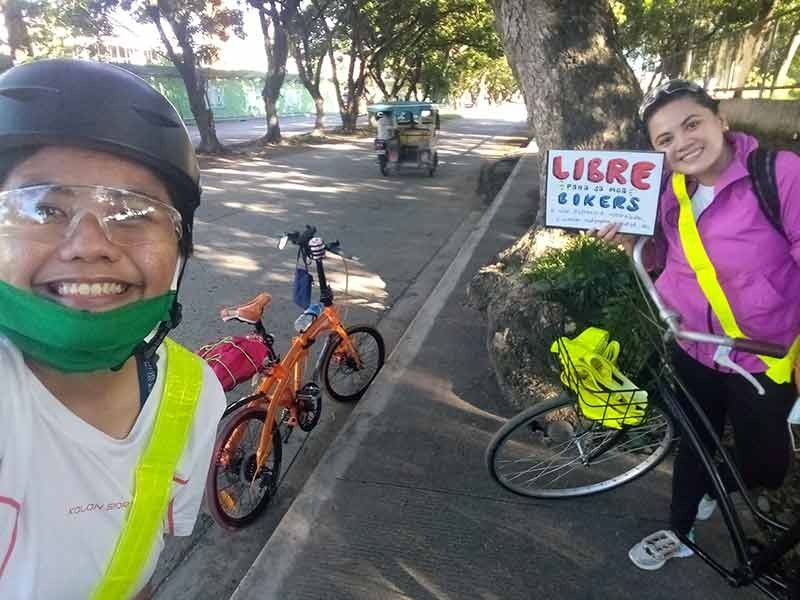 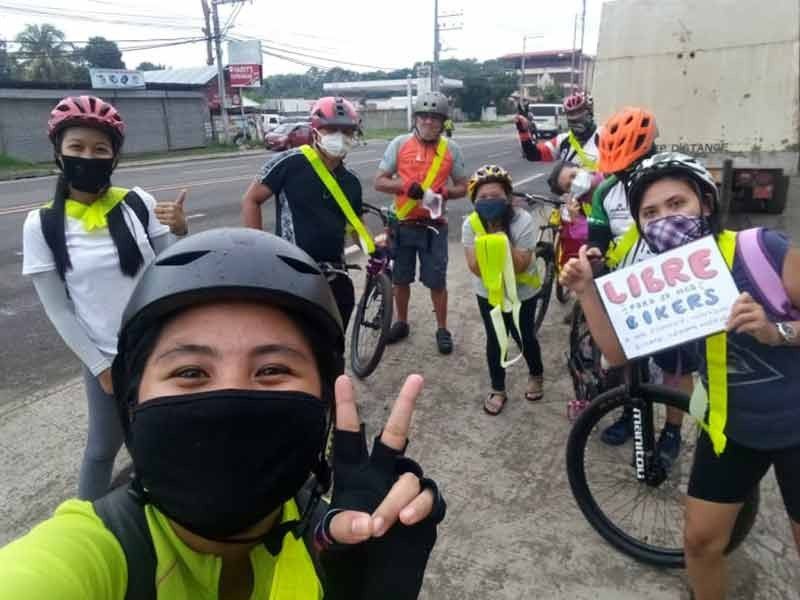 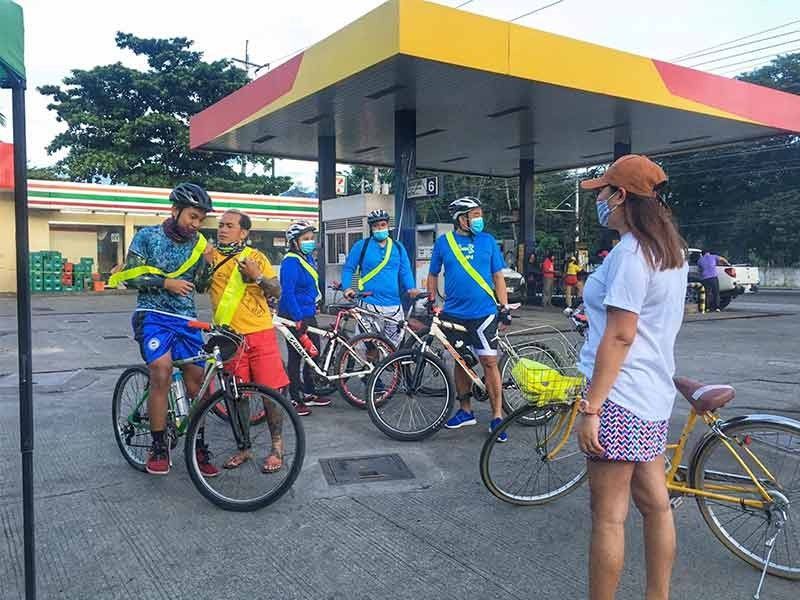 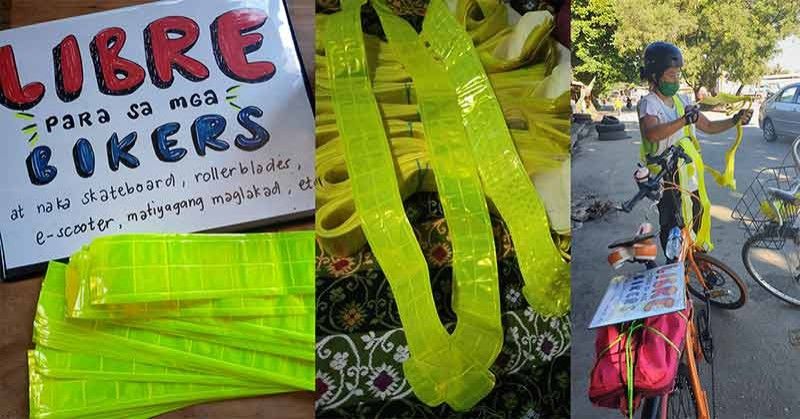 MAVI Novelero, who recently turned 30 in June this year, scrapped the idea of having a birthday bash for herself and her friends due to the continuing threat of Covid-19.

Some Dabawenyos, especially workers and frontliners, resorted to using bicycles as a "new normal" means of transportation.

However, Mavi noticed that some bikers do not have helmets, headgear nor protective head covering reflectors, headlights, rear lights or any other warning lights attached to the bicycle, as required by the mayor's EO.

Mavi, an advocate for biking, was inspired after a member of Tiklop Society of the Philippines, a Facebook group created for folding bike owners in the country, distributed free “Kita Ka” reflective sashes to bikers in Metro Manila and encouraged its members across the country to replicate similar initiative.

She then thought of giving out free reflective sashes to bikers and frontliners as an initiative project/birthday gift to help them make them more visible especially at night.

"I was thinking that instead of throwing a birthday celebration, I thought of initiating this simple of giving them this protective gear [sashes] to let them realize how visibility on the road is important," Mavi said.

Together with her sister, they worked on producing sashes. Mavi, a creative artist, had only learned how to sew that time thanks to her sister.

Two days after her birthday, Mavi, together with some of her biker friends, rolled out sashes to bikers.

This had caught the attention of her friends and the biking community, lauding her for her initiative.

More friends joined in the distribution in some parts of the city where most bikers are usually spotted, particularly Quirino Avenue, Magallanes Street, C.M. Recto Street, J.P. Laurel Avenue, and even as far as the southern part of the city.

Within a month, she said they were able to distribute an estimated 250 sashes.

The last distribution happened on June 30. Mavi said because of her busy schedule, she was not able to push for another round of distribution.

She said she was glad that some groups and other individuals followed suit and also pushed for their bike advocacy similar to hers.

Currently, Mavi handles her online shop Pinshoera, which had been operational for seven years now.

During the pandemic, she also got to earn sideline incomes in delivery and errand services with her bike.

With Davao City now further encouraging biking as a means of transportation, Mavi hopes for people to appreciate biking's positive impact as alternative transportation, especially in this pandemic.

Aside from its health and environmental benefits, Mavi also said this would also reduce congestion in the currently limited mass transportation in the city.

"With biking, at least you get to spare some seats, especially on jeepneys where seats are currently limited due to the mandatory observation of physical distancing," she said.

With the Bicycle Ordinance still being amended and bike lanes gradually being established, Mavi hopes to see that the roads in the city would be more bike-friendly through the creation of more bike lanes.

But for now, she said, "let's all share the road. We bikers are only asking for a little space on the road."

"For bikers, let's all be responsible. Invest in safety gear. It is the responsibility of the bikers to protect themselves," Mavi said.