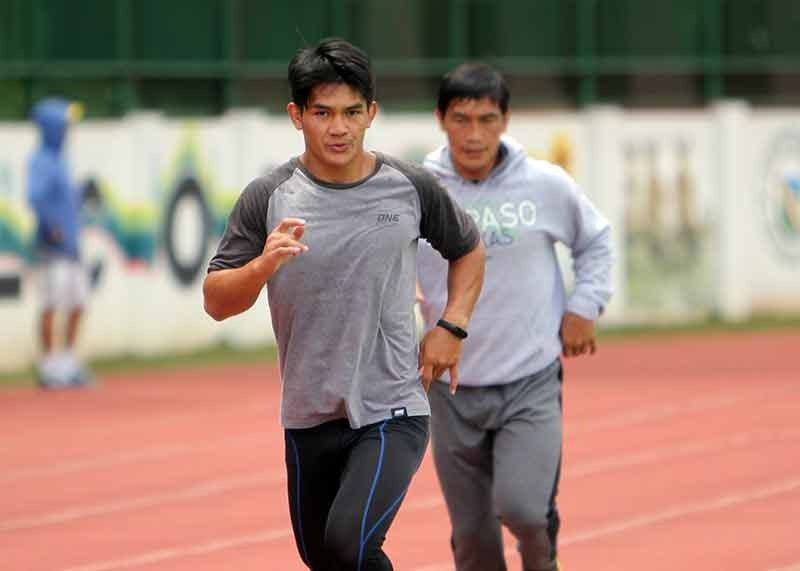 THREE Team Lakay fighters will finally see action in ONE Championship after almost six months of lay-off due to the Covid-19 pandemic.

Chatri Sityodtong, ONE CEO, recently announced that several Filipino fighters will be in the fight card on October 30 in Singapore. They will include former lightweight world champion Eduard Folayang.

"I say that on October 30th, a few Filipino fighters from Team Lakay will be competing. I guess I'll reveal one more fight on the card is Eduard Folayang versus Antonio Caruso from Australia. That will also be on the main card," Sityodtong said.

Sityodtong added that lined up for the October 30 card, which will be held in Singapore, are Aung La N Sang versus Reiner De Ridder, Christian Lee versus the undefeated Iuri Lapicus, Martin Nguyen versus Than Le, and Xiong Jing Nan versus Tiffany Teo.

The ONE top honcho assured that health safety protocols will be strictly implemented for the October 30 card.

"Everything from obviously pre-flight tests before they embark for their destination country, tests when they arrive, tests throughout the week. We created a bubble with the hotel and transportation from the airport. We have all security on every floor, so that protocols maintain and that athletes remain in their rooms at all times. There are very strict protocols we have implemented, and then obviously post-event as well, there will be more testing done before athletes are sent back home," added Sityodtong.

After losing to Peter Buist in January this year, Folayang revealed he is inspired to get back to his winning ways.

"I really need to get back to my winning ways," said Folayang.

Team Lakay head coach Mark Sangiao said the two other fighters will be announced by ONE in the coming days.

"Will wait for ONE's announcement. Eduard and the boys are really working hard for their upcoming fight," Sangiao said.

Sangaio added that even with the community quarantine since March, Team Lakay continued with their routine with some of his fighters training in their homes while some has ventured into biking.