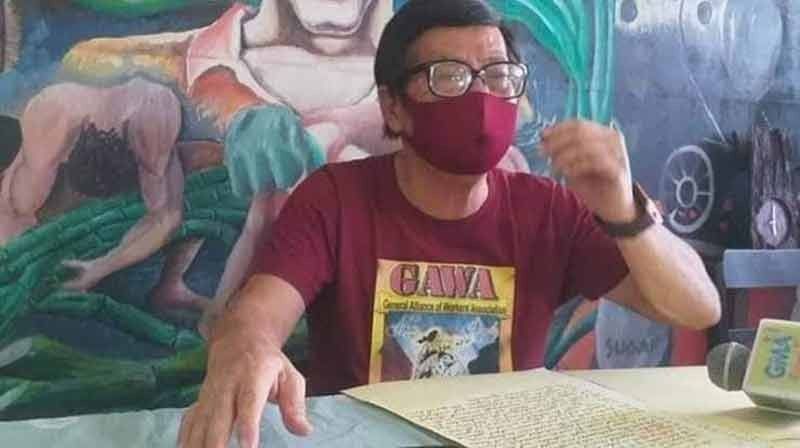 NEGROS Occidental-based labor group General Alliance of Workers Association (Gawa) has expressed strong disappointment on the pronouncement of Labor Secretary Silvestre Bello III on the possible deferment of the 13th month pay for about two million workers by business establishments who had incurred heavy losses or distressed due to the coronavirus disease (Covid-19) pandemic.

Wennie Sancho, secretary-general of Gawa, said it is unfortunate that the workers are the shock absorbers of the economic shock brought by the pandemic.

Sancho, also the labor representative to the Regional Tripartite Wages and Productivity Board (RTWPB) in Western Visayas, said the 13th Month Pay Law or Presidential Decree 851 shall mean that 1/12 of the basic salary of an employee within a calendar year shall be paid to him on or before December 24 every year.

The basic salary shall include all remuneration or earnings paid by an employer to an employee for services rendered but may not include the cost of living allowance (Cola), he said.

The labor leader added that “the implementation of the 13th-month pay cannot be deferred arbitrarily by the Department of Labor and Employment (Dole) because it is a law, unless the workers would waive their rights to claim.”

In a virtual press briefing on Thursday, Bello said the issue on the grant of 13th-month pay needs to be discussed by the management and employees.

He urged companies affected by the Covid-19 pandemic to just delay and not completely discard the grant of 13th-month pay to their workers.

The cabinet official admitted they have to come up with an advisory to determine the meaning of a “distressed” company.

Under the law, if a business establishment is characterized as a distressed company, it is exempted from giving 13th-month pay.

For the labor sector, however, if there are business establishments who are distressed and would file a petition for exemptions, it has to be processed and evaluated by the Dole regional offices and will take effect only if there is an authorization from the secretary.

The Philippine Constitution mandates that "the State shall afford full protection to labor” and hat the implementation of the 13th-month pay is an issue of social justice, Sancho stressed.

He said it is also a social legislation and, in case of doubt, should be resolved in favor of the workers who are the primary social economic force.

The labor group pointed out that to deny the workers of their 13th-month pay would be an added form of injustice.

It said that the Labor Code mandates that the benefits already enjoyed cannot be reduced or diminished to protect the workers.

The 13th-month pay is mandatory and cannot be deferred or denied, its official said, stressing that "it would be like asking the worker to walk barefooted on a road scattered with broken glasses." (With reports from PNA)