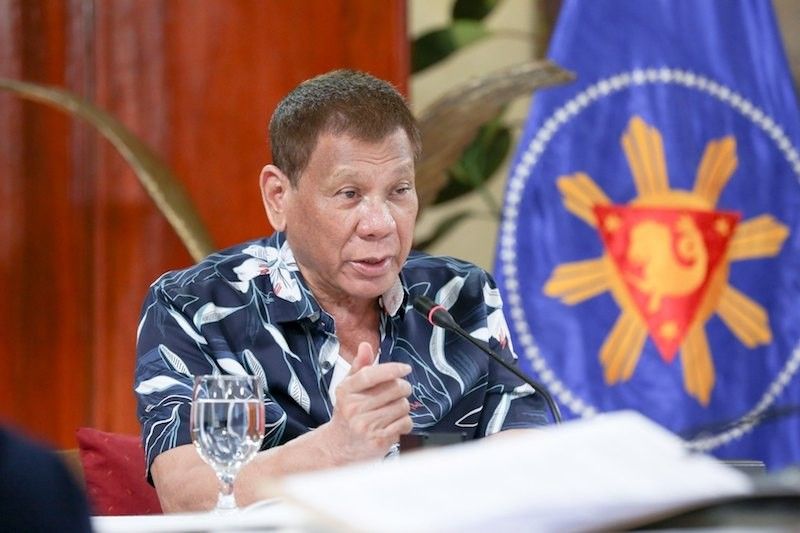 PRESIDENT Rodrigo Duterte on Friday, October 9, 2020, called Congress to a special session on October 13 to 16 to resume deliberations on the budget bill and avoid any further delays in its approval.

Duterte issued Proclamation No. 1027 on October 9 based on Section 15, Article VI of the Constitution, which allows the President to call a special session at any time.

The President issued the proclamation a day after he addressed the nation and warned members of the House of Representatives that he will intervene if the speakership row is not resolved and the budget process is delayed.

On October 6, the lower chamber of Congress, on motion by Speaker Alan Peter Cayetano, terminated plenary debates on the General Appropriations Bill (House Bill No. 7727), passed it on second reading and suspended session more than a week ahead of their scheduled recess.

These would have allowed Cayetano to retain the speakership until session resumes on November 16 and prevent Marinduque Rep. Lord Allan Velasco from unseating him in line with their term-sharing agreement.

Based on the legislative calendar, the House was supposed to go on a break on October 17 and resume session on November 16.

As agreed with the Senate, the House was supposed to approve the budget bill on third and final reading and transmit the printed copy to the Senate before going on a recess.

Cayetano was expected to step down as Speaker on October 14 to allow Velasco to take over.

Under the term-sharing agreement brokered by Duterte in July 2019, Cayetano is supposed to serve as Speaker for the first 15 months of the 18th Congress while Velasco will assume the speakership for the remaining 21 months.

Cayetano has, however, refused to step down and insisted that the turnover be extended to December 2020, when the budget bill shall have been approved by both the House and the Senate.

In a statement on Friday, Cayetano said he welcomed the President’s call for a special session.

“We trust his wisdom on how to address issues concerning the budget, and thank him for his continued confidence by allowing Congress to pass the General Appropriations Bill free from the specter of politicking and intrigues that we had originally sought to avoid,” he said.

“In the meantime, Congress shall continue to work and prepare for the swift passage of this measure, and to ensure that it will be responsive and relevant to the government’s overall recovery efforts for 2021,” he added.

“This is what majority of us in the House of Representatives have been telling Speaker Cayetano and his small group of loyalists since the unceremonious termination of the budget plenary debates and the highly questionable and unconstitutional suspension of session,” he said.

“The attendance of all lawmakers will enable them to meaningfully participate in the entire budget process and preparation, just like what the President wants, and not just to a small committee of hand-picked friends,” he added.

Velasco was referring to a committee that the House created, upon the suggestion of Cayetano, to deliberate on proposed amendments to the budget bill while Congress is in recess. (With a report from Jove Moya)