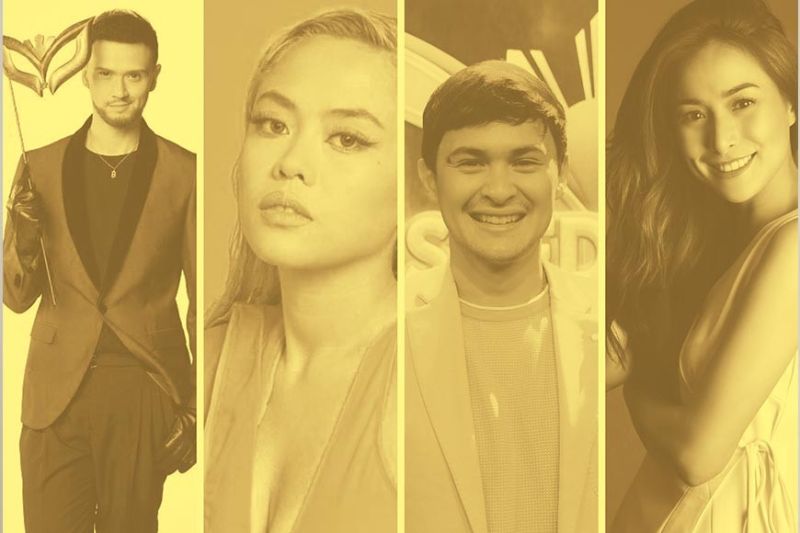 IN ITS commitment to bring happiness to a broader audience, Viva Entertainment partners with the Kapatid Network, TV 5, to unveil five quality shows.

With this joint venture of Viva Entertainment and TV 5, they have prepared a lineup of five powerful programs that will surely bring joy, excitement and inspiration to people, especially in these trying times.

Here are the five new dynamic shows from CignalTV and SariSari Channel that will soon air on the Kapatid Network:

Produced initially in South Korea as “King of Mask Singers,” then adapted in the United States, now the Philippines will have its own adaptation dubbed “Masked Singers Pilipinas.” Unlike the usual singing competition shows, contestants wear masks and costumes as they belt-out jaw-dropping performances on the “new normal” stage.

Notable celebrity judges Cristine Reyes, Kim Molina, Matteo Guidicelli and Aga Muhlach will give their ratings to eliminate and unmask one of the masked celebrity singers. The show is expected to premiere on Oct. 24 at 7 p.m. on TV5 Primetime block and will be hosted by Billy Crawford.

This exciting comedy-horror series will have its comeback for a second season. Lead star Benjie Paras will portray the role of Par Jack as the country’s famous ghost whisperer. His mission is to continue helping ghosts cross over to the afterlife. However, a villain from purgatory doesn’t seem to like Par Jack’s abilities and will intervene in his mission to keep him from succeeding.

Paras will also be joined by Empoy Marquez and Kylie Verzosa in his amazing adventures. The second series is set to be released starting Oct. 31, every Saturday.

A new superhero is coming to Philippine TV. Based on Francisco V. Coching’s comic book, “Bella Bandida,” starring Ryza Cenon, the show follows a superhero that promotes women empowerment as she battles with all sorts of injustices upon acquiring superpowers.

This will be Cenon’s first-ever title role after her remarkable portrayal of characters such as Georgia Ferrer in “Ika-6 na Utos,” Aubrey Hidalgo in “Ang Probinsyano” and Jessie de Leon-del Fierro in “The General’s Daughter.” The superhero series will air Nov. 23.

Last but definitely not the least on the list of Viva’s first 5 on TV5 is “Onstage.” Now, Filipinos can watch the concerts of their favorite artists’ performances that made history in the concert scene again on TV.

Some of the titles to look forward to are Anne Curtis’s “Anne Kapal Forbidden Concert,” “Revolution: The JaDine Concert,” “The Crew: Billy Crawford, Sam Concepcion and James Reid,” “Playlist,” “SiKat Ako: Katrina Velarde Concert,” “Martin & Side A,” Martin Nievera 3D,” Martin Nievera and Sarah Geronimo’s “What Love Is?,” and more Sarah G. concerts like “In Motion,” “The Next One,” “From The Top” and “The Great Unknown.”