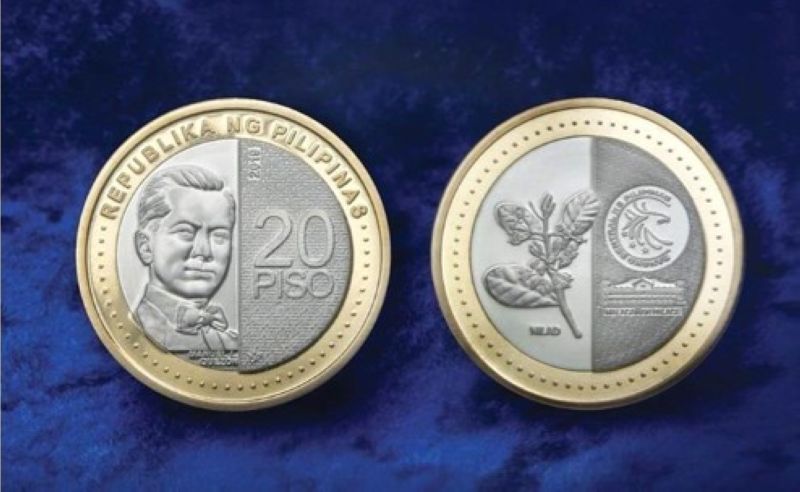 LEGAL TENDER. The P20 coin is the highest denomination in the new generation currency coin series. The coin’s front side features Manuel L. Quezon, the first president of the Philippine Commonwealth while the reverse side shows the Bangko Sentral ng Pilipinas logo and the Malacañan Palace. The coin also features Nilad, the plant from which the name of the country’s capital, Manila, is believed to have originated. (CONTRIBUTED, THE BSP)

THE Bangko Sentral ng Pilipinas (BSP) has warned the public against the sale of “brilliant uncirculated” P20 coins in online shopping sites.

The P20 coins were sold for P100 to P149 in shopping platforms like Lazada and Shopee and were advertised as a “collectible.” These, however, have been flagged down and removed from both sites.

“The BSP advises the public that it has not issued brilliant uncirculated P20 coins,” the BSP said in its Facebook page.

The P20 New Generation Currency (NGC) circulation coins were released to the public in December 2019. These are legal tender and may be used as payments for goods and services at face value.

Since its release, the BSP said there are about 2.09 million P20 NGC coins valued at P41.85 million in circulation in the economy as of end of August.

The P20 coin is the highest denomination in the NGC coin series. The coin is more cost-efficient to produce because of its longer circulation life than a P20 banknote.

The coin’s front side features Manuel L. Quezon, the first president of the Philippine Commonwealth who advocated the adoption of the national language, created the National Economic Council and worked ardently for Philippine independence.

Its reverse side shows the BSP logo and the Malacañan Palace, the official residence of Philippine presidents.

Consistent with the NGC coin series which highlights native flora, the P20 coin showcases the Nilad, the plant from which the name of the country’s capital Manila is believed to have originated.

The coin was issued after a University of the Philippines study said the P20 banknote is the most-used denomination for payments across the country. As a result, it is easily rendered unfit for circulation and returned to the BSP for replacement. (JOB)