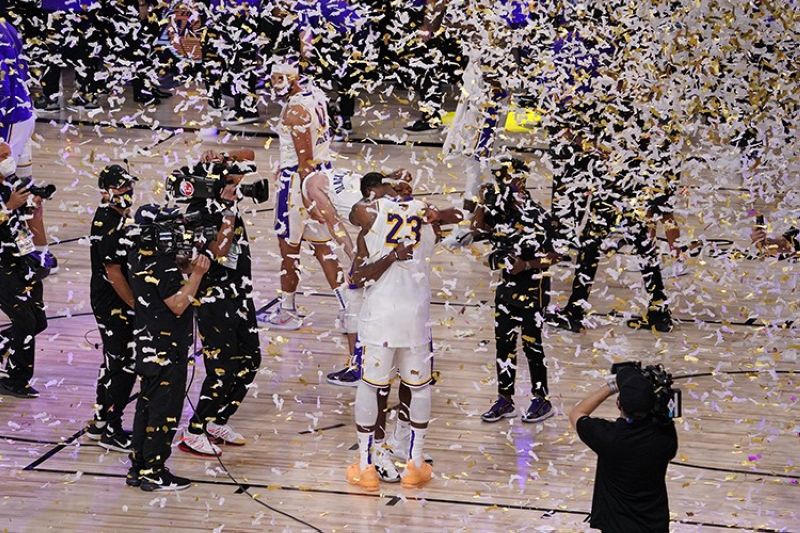 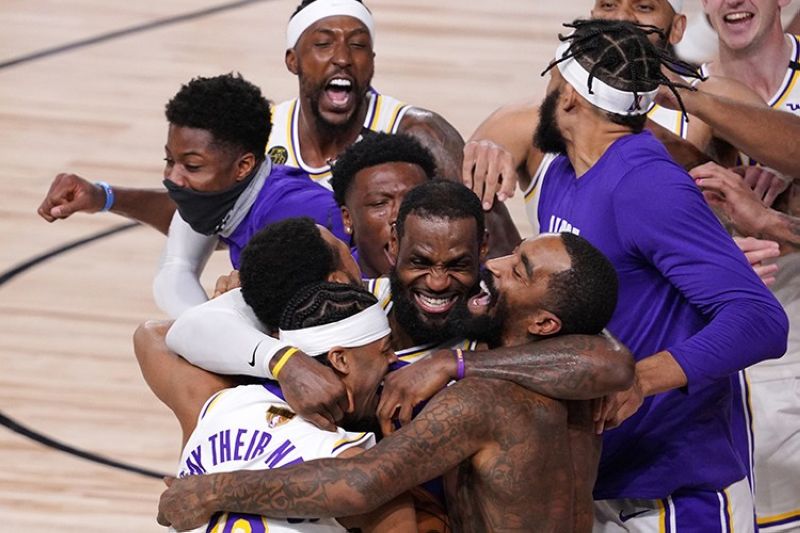 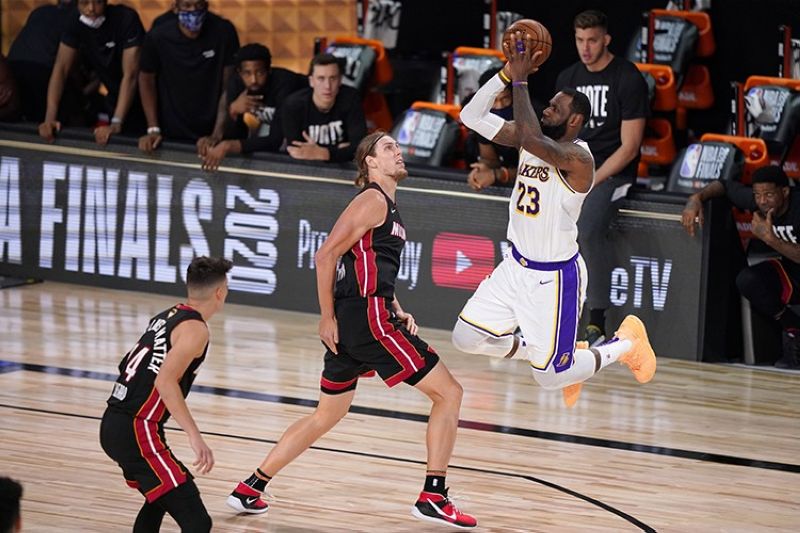 This season, for LeBron James and the Los Angeles Lakers, had it all. And it ended in the only fashion that they deemed would be acceptable, with them back atop the basketball world.

For the first time since Kobe Bryant's fifth and final title a decade ago, the Lakers are NBA champions. James had 28 points, 14 rebounds and 10 assists, and the Lakers beat the Miami Heat 106-93 on Sunday night (Monday morning, Philippine time) to win the NBA Finals in six games.

Anthony Davis had 19 points and 15 rebounds for the Lakers, who dealt with the enormous anguish that followed the death of the iconic Bryant in January and all the challenges that came with leaving home for three months to play at Walt Disney World in a bubble designed to keep inhabitants safe from the coronavirus.

It would be, James predicted, the toughest title to ever win.

They made the clincher look easy. James won his fourth title, doing it with a third different franchise — and against the Heat franchise that showed him to to become a champion.

Bam Adebayo had 25 points and 10 rebounds for Miami, which got 12 points from Jimmy Butler — the player who, in his first Heat season, got the team back to title contention. Rajon Rondo scored 19 points for the Lakers.

With that, the league’s bubble chapter, put together after a 4 1/2-month suspension of play that started March 11 because of the coronavirus pandemic, is over. So, too, is a season that saw the league and China get into political sparring, the death on Jan. 1 of commissioner emeritus David Stern — the man who did so much to make the league what it is — and then the shock on Jan. 26 that came with the news that Bryant, his daughter Gianna and seven other died in a helicopter crash.

The Lakers said they were playing the rest of the season in his memory.

They delivered what Bryant did five times for L.A. — a ring, and the clincher was emphatic.

Game 6 was over by halftime, the Lakers taking a 64-36 lead into the break. The Heat never led and couldn’t shoot from anywhere: 35% from 2-point range in the half, 33% from 3-point range and even an uncharacteristic 42% from the line, not like any of it really mattered. The Lakers were getting everything they wanted and then some, outscoring Miami 36-16 in the second quarter and doing all that with James making just one shot in the period.

Rajon Rondo, now a two-time champion and the first to win rings as a player in both Boston and Los Angeles — the franchises now tied with 17 titles apiece — was 6 for 6 in the half, the first time he’d done that since November 2007. The Lakers’ lead was 46-32 with 5:00 left in the half, and they outscored Miami 18-4 from there until intermission.

Ball game. The 28-point halftime lead was the second-biggest in NBA Finals history, topped only by the Celtics leading the Lakers 79-49 on May 27, 1985.

True to form, the Heat — a No. 5 seed in the Eastern Conference that finished with a losing record last season, a team that embraced the challenge of the bubble like none other — didn't stop playing, not even when the deficit got to 36 in the third quarter.

A 23-8 run by Miami got the Heat to 90-69 with 8:37 left. But the outcome was never in doubt, and before long confetti was blasted into the air as the Lakers' celebration formally and officially began.

Lakers: Davis did not wear the gold-painted sneakers that he had for Game 5; instead, he went with red-and-black ones Sunday. ... Among the ring-winners: Dion Waiters, who began this season with the Heat; 19-year-old Talen Horton-Tucker (he turns 20 Nov. 25) and Kostas Antetokounmpo — the brother of two-time NBA MVP Giannis Antetokounmpo of the Milwaukee Bucks.

Heat: Goran Dragic (torn left plantar fascia) checked in late in the first quarter, his first appearance since Game 1 of the series. ... Jae Crowder had 12 points and Duncan Robinson had 10 for the Heat.

John Salley and Robert Horry were, until Sunday, the only players to win championships with three different franchises. James (Miami, Cleveland) and Danny Green (San Antonio, Toronto) added their names to that list with this title.

Miami led the NBA with 94 games played this season — 30 more than Minnesota, which played the fewest in the NBA. The Heat finished with 1,247 3-pointers this season, including playoffs, 290 more than any other year in team history. (AP)