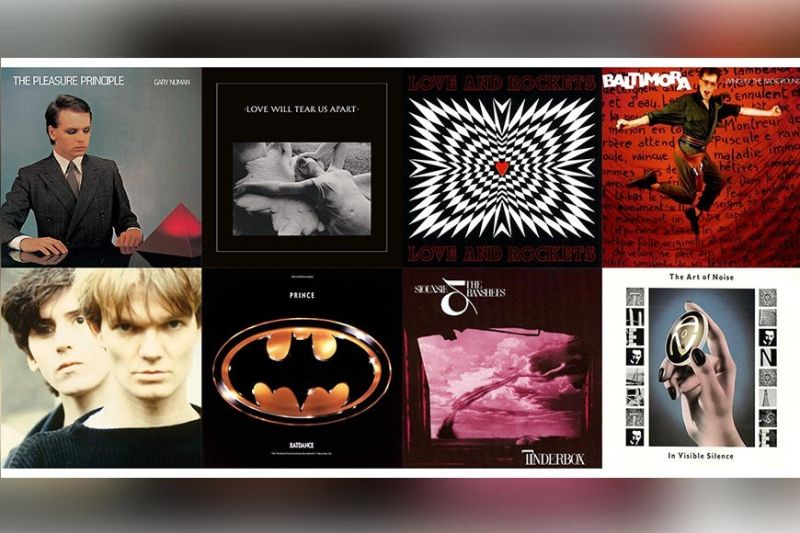 THE pandemic brought an unexpected change to our daily routine. With these hard times, most of us turn to our headphones to listen to our favorite tunes for comfort while under strict home quarantine. The whole pandemic lockdown, unexpectedly, gave us more time to catch up with the things we haven't done pre-Covid-19 -- a perfect opportunity to explore and discover things.

As I have already paid for my one-year subscription of my music streaming app, it would be a waste to miss this opportunity to do some discovery. As a kid born in the 90s, the 80s music was an era waiting to be discovered. But the quarantine gave me more time to explore the wonders of the 80s which inspired the music of the current generation. Now I can attest the 80s was definitely the best era for music.

Here are some of the 80s that left a mark on my personal choice, and to the era itself.

If there is one song that defined the underground 80s, it would be this one. The song's post-punk and synthpop beat was too morbid to discover, as its lyrics were inspired by Joy Division vocalist Ian Curtis' marital problems and struggles with mental illness. A month after the song was released, Curtis committed suicide. The title was, in fact, inscribed in his memorial stone. Despite its dark theme, Curtis and Joy Division's legacy is also inscribed in the memoirs of the 80s.

So Alive - Love and Rockets

The band that formed out of the ashes of Bauhaus, one of the early founders of the goth rock movement, Love and Rockets was a departure from their roots. "So Alive" is sultry compared to their original sound. The experimental mixture of funk and glam can be likened to Marvin Gaye's "Let's Get It On". The intro beat itself is an earworm tremendous loop mode.

Can I just say that the mystery of my childhood was completely solved upon hearing this during my Spotify 80s shuffle? I used to hear this one on the radio on Sundays, and on family reunions. The song's refrain uses Tarzan's cry as a melodic line. Catchy with its rhythmical, electronic melody and simple lyrics, it is undeniably one of 80s gems, despite being a "one-hit wonder."

Christine - The House of Love

"Christine... Still talking to me", it was a haunting intro with a striking balance of admiration, and pristine -- which rhymes with... Christine. If you are not well-oriented with the pseudo-psychedelic tune of the 80s, this band is for starters. This song strikes a balance of its shiny melody transposing to a burst of noise. It is dreamy and edgy. So if you're Christine and got a man serenaded by this song, no buts and ifs, it's a yes.

Guilty as charged, I mistakenly associated Prince with Michael Jackson. Truth be told, I only know Prince because Sinead O' Connor covered "Nothing Compares 2 U," a hit in the 90s. Going back to Batdance, it is almost two songs in one-a chaotic, mechanical dance beat that changes gears into a slinky, funky groove before changing back for the song's conclusion. The track is an amalgam of many musical elements, snippets, and soundbites of the 1989 installment of Batman. A six-minute creative mess, probably not.

Cities in Dust - Siouxsie and the Banshees

Siouxsie Sioux, one of the most influential British singers of the rock era, is a classic gem. If Hollywood had Marilyn Monroe, Siouxsie is the "sex symbol" of the post-punk and gothic rock. The song describes the city of Pompeii, destroyed in a volcanic eruption in 79 AD. An intoxicating dance rock without losing its creative edge amid its commercial viability. There are many Banshee tracks that might not be on this list, but these tracks are widely rare that only they can pull off.

Legs - The Art of Noise

Electronic music was already emerging since the 80s. The avant-garde synth-pop group Art of Noise shouldn't be excluded for helping it propelled further to its current status. "Legs" sampled Louis Armstrong and The Mills Brothers's "The Flat Foot Floogee." What's not to love is the catch it gives. It was a mild underground hit in dance clubs, but it emerged intense airplay on new wave and modern rock.

Before I got to discover this as a Gary Numan masterpiece, 90s industrial rock band Fear Factory introduced me to Cars. The cover was a huge hit as they had Numan as a collaborator. Inspired by a road rage as per Numan's explanation behind the song's meaning, the lyrics have no chorus at all to hook with. Still, it was more pop-oriented compared to his previous works. Despite its conventional rock rhythm section of bass guitar and drums, it was more than just an average song. The song left a mark in the 80s, inspiring more synth-oriented groups and artists. It was also a blueprint of how future music would eventually evolve.