Driven to care for others 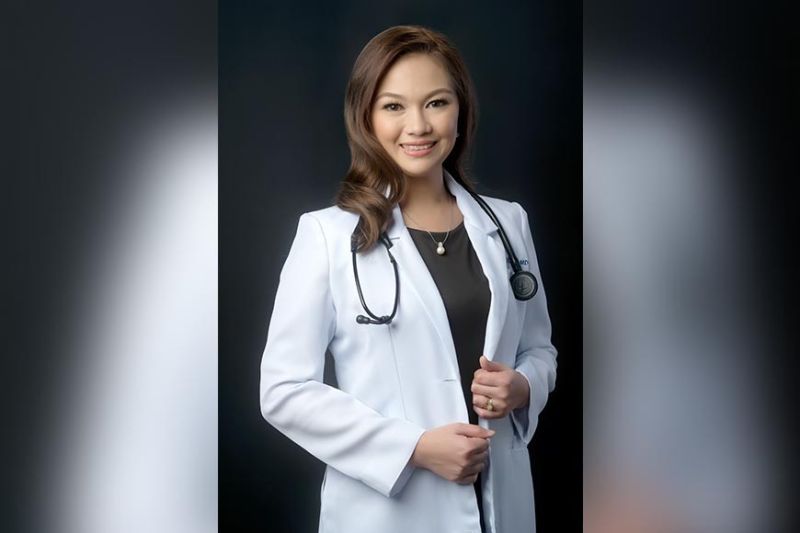 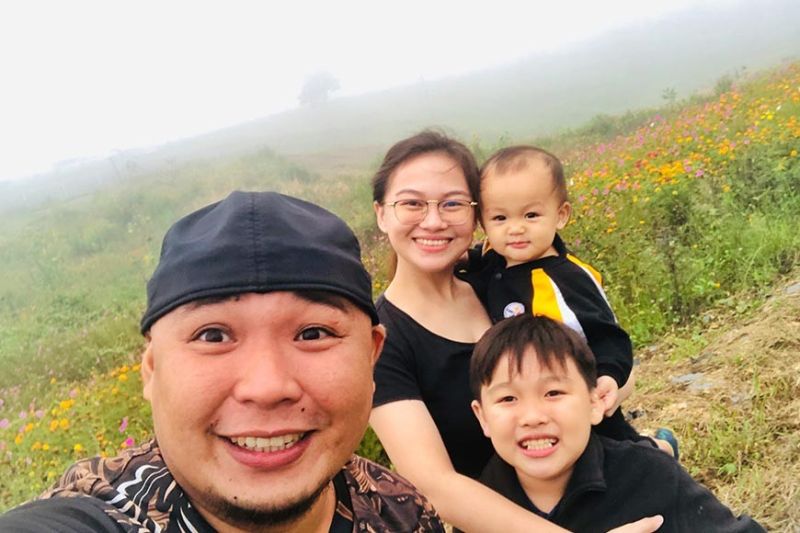 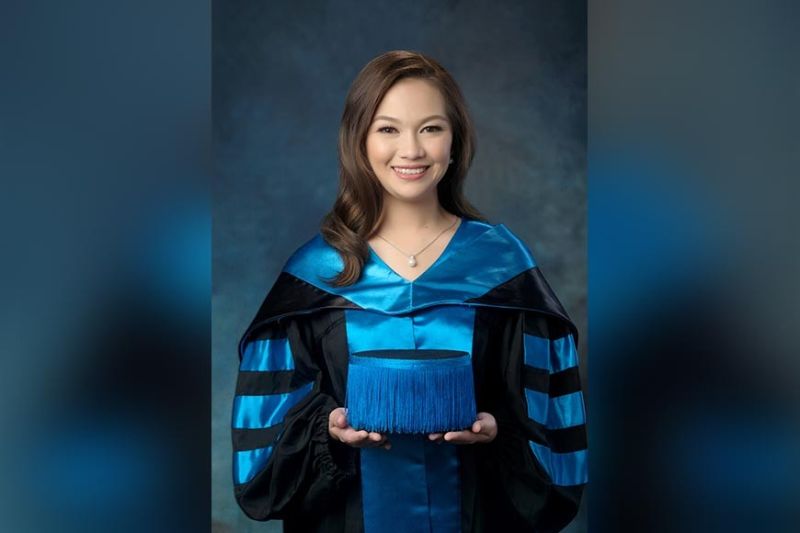 ONE of the greatest things that we can get from our workplace is an inspiration from the people around us. This was how Dhonna Felisilda Leonor-Cambronero found her path to becoming a doctor.

After graduating from Silliman University with a bachelor's degree in nursing in 2008, Dhonna worked at a private hospital in Davao City for four years.

"Nursing work has drawn me to caring for others with empathy and compassion," said Dhonna, who has also completed her Masters of arts in nursing Administration from Philippine Women's University in 2014.

Wanting to take caring for others to another level, she decided that she would become a doctor.

"I can fulfill that innate desire to care for a patient's wellbeing and make a difference in people's lives. By becoming a doctor, I will have more opportunities to have a greater impact and serve the community on a much larger scale. This, for me, is both personally and professionally rewarding," Dhonna said.

She added that she was inspired and motivated to become a doctor because of the doctors she worked with.

Just like many successful journeys, the road to becoming a doctor was not easy.

"In medical school, each year demands different things from the students. It is exceptionally challenging because of the sheer volume of materials that needed to be read, re-read, understood, and learned," said Dhonna, who studied medicine at the Davao Medical School Foundation (DMSF), one of the leading medical schools in Mindanao.

She also needs to apply basic scientific and medical principles into clinical skills.

She said just like many medical school students, she spent long hours studying in classrooms. Her study hours also extend at home and during the weekends.

"As a medical student, you must be disciplined and willing to work harder," Dhonna said.

One of her biggest challenges while studying was maintaining a balance between school and her family.

"I needed enough quality time to take proper care and fulfill my responsibilities as a wife, a mother to two young boys, as a daughter, and daughter-in-law and [at the same time] still maintain a truly healthy mental, emotional, physical, and spiritual health," Dhonna said.

In preparation for taking the 2020 Physician Licensure Examination (PLE), Dhonna started reviewing for the basic subjects during her internship.

When the review proper for the PLE came and to be efficient with her review, some days were dedicated for the harder subjects and other days for subjects she assessed to be "easier."

"A week prior to the exam dates, I read through all my notes, one subject per day, so I could take note of the important ones that I needed to remember," Dhonna said.

However, when the coronavirus disease (Covid-19) struck the country in March, the Professional Regulation Commission (PRC) announced on March 12 the postponement of the second part of the exam, which was supposed to be conducted on March 15 to 16, 2020.

Eventually, towards the end of July, PRC announced that the second part of PLE has to be rescheduled to Sept 20 to 21, 2020.

Dhonna said while waiting for exam day, she was able to spend more time with her family and at the same time prepare better for the exam.

"The delay between the two parts of exams gave all of us a chance to review again for the last six subjects. This was a blessing," Dhonna said.

Because of the pandemic, Dhonna and her fellow aspiring doctors had to take the exam while observing health safety protocols.

"I had to make sure I strictly observed the government imposed protocols. We were to maintain the required physical distancing and to wear a face shield or face masks the entire time. The PRC also did its part to ensure the health and safety of all the examinees," she said.

Dhonna said while she was taking the exam, she was focused on her goal of becoming a doctor.

"My husband, our two young sons, our future, and my goals. With the time and dedication I allotted studying and reviewing, I felt quite confident by God's grace. I focused and answered the exams to the best of my knowledge," Dhonna said when asked what was going through her mind while taking the exam.

Then on October 1, Dhonna waited patiently for the results of the 2020 PLE after PRC announced that they are set to release the results on that date. However, by 12 a.m. of October 2, PRC has yet to post the official results of the PLE that was held in March and September.

"Still no results were released so I went to sleep hoping that by morning there'll be results already," Dhonna said.

At 1:30 a.m., a sleeping Dhonna was woken by her friend Kenneth.

Dhonna got up and logged in to the internet to check the results.

"Indeed, I read my name in the list of passers! I felt so relieved I made it because the exams were really hard," she said.

She all saw that her friends who took the exam with her also passed.

"That gave me joy too!" Dhonna said.

She then went to check if she made it to the top 10, hoping to see her name there too.

"I scrolled down and saw my name on the third spot! I could not believe my own eyes so I texted Kenneth to please double check if I'm really at top three and not just dreaming," Dhonna said.

While waiting for his reply, she bowed down and thanked and praised the Lord for answering her prayers.

Minutes later, Kenneth excitedly called her confirming she was not dreaming but was really top three in the exam.

"I told my husband the news and he felt elated. I then told my sister and family members but my kids along with everybody else in the house were asleep so I waited the next morning to tell them the news. It felt so surreal," Dhonna said.

With a passing rate of 87.92 percent, Dhonna was the only graduate from a medical school in Mindanao who made it into the top 10.

Aside from her determination and drive to reaching her goal, Dhonna said her family -- her husband, who willingly and lovingly took over much of taking care of our two young sons, her mama Tess, siblings, and in-laws -- as well as her medical school friends and study mates, and also all those who believed that she would make it helped and inspired her in her journey to becoming a doctor.

"They were my inspiration and a great reminder that I needed to strive better.

It certainly wasn't easy but somehow I managed with the help and support of my whole family and closest friends in med school," she said.

Above all, she thanks the Lord in helping her as she made her way to reach her goal.

"Most of all, of course, the Lord God, who made all this possible. Without Him, I would not have achieved any of these. Glory to God!" she said.

Now that she is Dr. Dhonna Felisilda Leonor-Cambronero, she hopes to specialize in Obstetrics and Gynecology.

"That was my dream even when I was still working as a nurse. This field fascinates me because it gives me the opportunity to take care of my fellow women throughout their lifetime and especially to help them through some of their most distressing times," she said.

As for those who aspire to become a doctor like her, she encourages them to strive for excellence from the moment they start their medical school.

She said the preparation for the board exams "begins during your first day of school."

"You should keep in mind that we do this because we will be caring for human lives in the future. You are not just studying for the next exam but taking the first step of a course of lifelong learning and building your professional knowledge, expertise, and prowess throughout your medical career," Dhonna said.

She added that along the way, they will also have to learn to balance their studies, family, and personal life.

"Therefore, it is our responsibility as future doctors to work for excellence from day one. Discipline, determination, and diligence are the keys to success. And of course, a lot of constant prayers," Dhonna said.