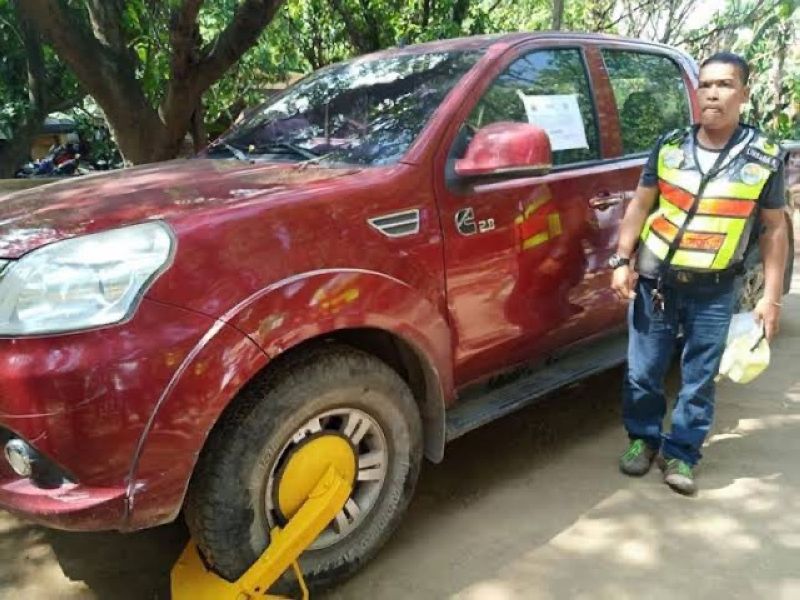 REIMPLEMENTATION. Due to the increasing volume of vehicles going in and out of the city, the Talisay City Government has decided to reactivate its clamping operations just in time for the annual fiesta on Oct. 14, 2020. (SunStar file)

THE Talisay City Government is set to conduct clamping operations against erring motorists just before the city’s annual fiesta on Wednesday, Oct. 14, 2020.

Jonathan Tumulak, City of Talisay Traffic Operation and Development Authority (CT-Toda) chief, told reporters that they decided to reactivate clamping operations in the city after they noticed that the volume of traffic in the city has increased now that quarantine restrictions have eased after the city was placed under modified general community quarantine.

With the annual fiesta fast approaching, Tumulak said he expects a high volume of vehicles coming in and out of the city.

Tumulak said since last week, they have started conducting information drives across the city to warn motorists that they will implement the clamping ordinance.

For those caught in CT-Toda’s clamping operations, Tumulak said they will give motorists a chance to remove their vehicles away from clamping areas.

But should their vehicles get clamped, motorists are required to pay the P500 fine, Tumulak added.

The Talisay City Government first introduced clamping back in August 2019 after Mayor Gerald Anthony “Samsam” Gullas Jr. ordered Tumulak to strictly implement the city’s 2012 clamping ordinance as a way to discipline erring drivers who park indiscriminately in the city’s major and secondary thoroughfares.

But CT-Toda’s clamping operations were suspended indefinitely when the Covid-19 pandemic struck the country in March. (ANV / JKV)