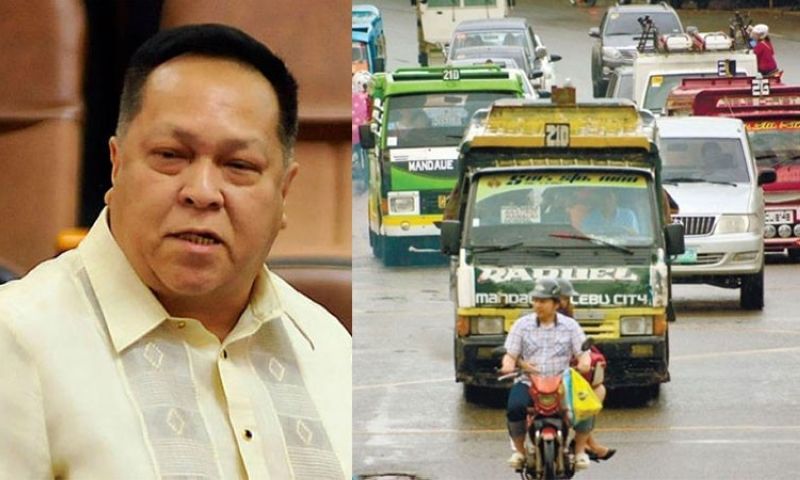 AT A GLANCE. [1] Cebu City Mayor Edgardo Labella issued last September 24 Executive Order #93 creating a task force to look into and work for the return of jeepneys on city streets. He named Councilor James Cuenco to head the group.

[2] Councilor Jessica Reach, who sits in the Cebu City Council as president of the city youth or SK sector, in a privileged speech last October 8 called for the PUJs' return, citing (a) the loss of income by drivers for two months already counting from the day the city was placed under modified general quarantine and (b) a "vacuum" in local public transport.

[3] Councilor Cuenco, answering Reach's lament (along with the protest from the drivers and operators group Piston), asked that his task force be given until the first week of November to have the PUJs back. Cuenco had been meeting with the affected sectors and was to submit his recommendations to Mayor Labella last October 8.

[4] Basing on the national government's plan and pronouncements of public officials in the know, the prospects are poor.

THE RED FLAGS that must tell the local PUJ industry and commuters they might see only a few of the old jeepneys back or none at all:

-- Councilor Cuenco himself said less than half of the original number of traditional jeepneys would run on city streets again. Later that was revised to "only 1,000" out of 5,044 units.

-- LTFRB, the franchising and regulatory board, through its regional director, Eduardo Montero Jr., said last September 7 the chances of the old PUJs' return are "low."

-- Cuenco already suggested that drivers avail themselves of aid programs of LFTRB, including the learning of skills for other jobs such as welding and carpentry.

-- LFTRB, addressing what Councilor Reach called the "vacuum" in public transport, said through RD Montero there would be enough new PUJs, buses and vans to meet the rise in number of passengers.

MARKET FORCES. Other than the government's policies on operating again and health standards to prevent the spread of the virus in public transport, the Cuenco task force also noted industry and market conditions working against old PUJs. Councilor Nina Mabatid, a member of the task force, enumerated these factors to SunStar Wednesday, October 14:

-- Pressure on commuters to avoid public transport and shift to private vehicles to reduce the risk of infection;

-- Fewer passengers because of the requirements on physical distancing and limit on seating capacity;

-- Unstable demand, increase in costs, pressure on operators to cut down trips and even shut down.

In a way, these conditions seem to reinforce government policy not to allow old jeepneys back in business.

That must be what the Cuenco task force wants to set back by two to three years. Council Mabatid told SunStar that it is among the recommendations of the task force. The extension, Mabatid said, will be a kind of transition period "for the public sector to recover from the ill-effects" of Covid-19. (Councilor Renato Osmeña Jr. also sits with the task force, which also includes the LTO and LTFRB directors, city traffic office chief, planning officer, and city attorney.)

The pandemic slowed down the PUVMP program but it also offered the opportunity for DOT to take off the PUJs off the streets and "process" their return.

OLD JEEPNEYS have been considered the "cultural icons of ingenuity," produced in small and big shops, usually with 50-70-year-old chassis and 15-year-old engines, the king of local city roads for decades. Traffic-congestion inducers (in Metro Manila, a 2017 study estimated the cost of congestion at $67 million a day) and serious pollutants, yet the old PUJs have survived several attempts on phase-out, largely because they fill ordinary commuters' need and are supported by aggressive lobby on weak-willed politicians.

Conditions brought by the coronavirus may change that. Worsening traffic woes -- contributed by the 16 percent increase in the number of new cars and 69 percent in new motorcycles -- may see some relief if the PUV modernization program is completed.

The PUV program is specific on how old and the physical condition or roadworthiness of the PUJs to qualify on operating again.

WHERE LGUs CAN HELP. Local governments under the PUV modernization program can fix the routes of the new PUJs and the 1,000 old units they may allow as well as volume of passengers.

With national agencies, LGUs can also help cushion the economic blow on drivers and operators, more urgently the drivers who have continued zero income even after September 1 when MGCQ was imposed and transport service partly restored.

LGUs' assessment of local demand and supply in transport may confirm or dispute the findings of LTFRB and DOT.