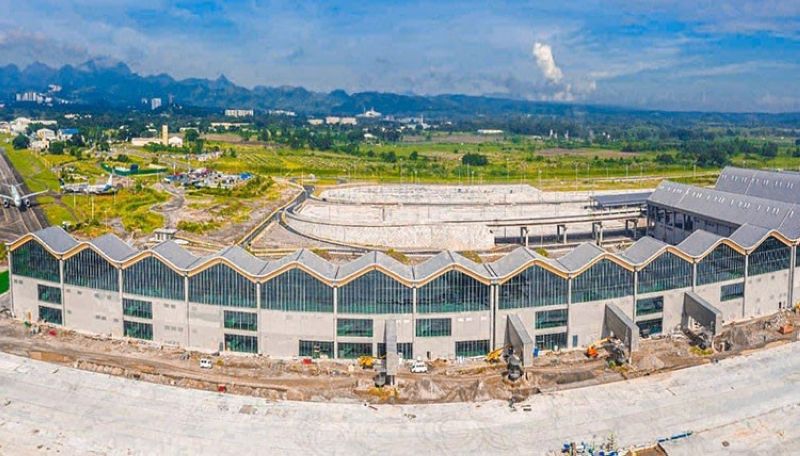 "Under the aegis of the Duterte Administration's Build, Build, Build Infrastructure Program, the airport expansion project for CRK has been completed by end September, ahead of its original October target completion date," DOTr said in a statement posted in its official Facebook page.

Despite the current challenges brought by the Covid-19 pandemic, DOTr, Bases Conversion and Development Authority and GMR Megawide ensured the accelerated construction works at CRK, and thus made a huge headway while still observing strict health and safety protocols to protect workers and other project stakeholders.

The new PTB is slated to commence operations by January next year, as directed by DOTr Secretary Arthur Tugade.

"Once operational, it is projected that CRK's current operational capacity will get a boost, and the airport's passenger volume will be tripled from the current 4.2 million to 12.2 million annually," DOTr added.

Likewise, this expansion will elevate CRK's stature as "Asia's Next Premier Gateway," and is expected to significantly help in decongesting the passenger traffic at Ninoy Aquino International Airport.

The airport is also seen to accelerate economic progress in Central Luzon and will provide an array of opportunities for job generation and more rapid tourism and socio-economic pursuits in the entire region, and the rest of its neighboring cities.