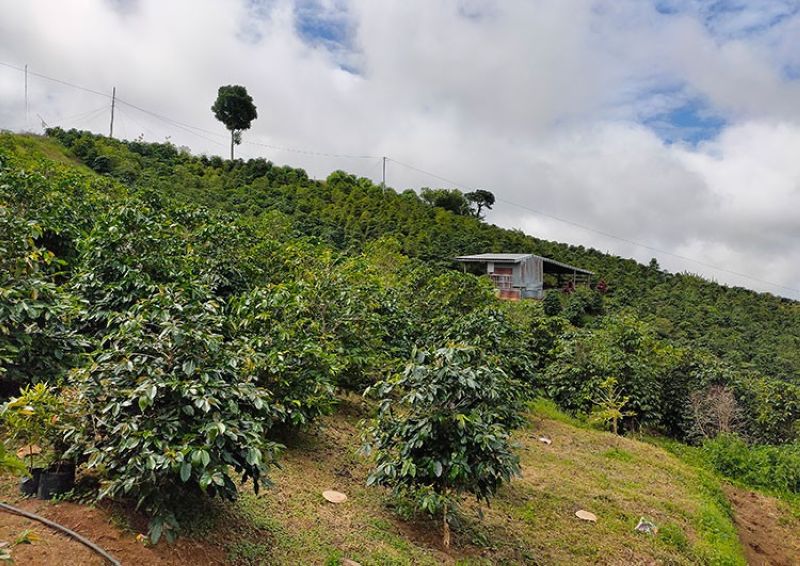 FINANCING. Coffee beans from the Balutakay Coffee Farmers Association (Bacofa) in Bansalan, Davao del Sur have recently gained recognition for their quality. The P10-million financing of Landbank for Bacofa is seen to help boost the coffee production of its members. (RJ Lumawag)

LANDBANK of the Philippines (Landbank) approved on October 2, 2020 a credit line of P10 million for the Balutakay Coffee Farmers Association (Bacofa) in Bansalan, Davao del Sur.

"The P10 million will be for its rediscounting line and working capital for coffee trading that will be used to augment the working capital requirement of its members," Jose Enedicto G. Faune, Landbank vice president and head of the Davao Lending Center, said during a virtual press conference on Wednesday, October 14, 2020.

Bacofa manager Marivic Dubria, in a separate interview with SunStar Davao, said P3.5 million will be for the buying of the coffee beans of the members, while P6.5 million will be allotted for the loans of its 84 members.

She said the financing will help the coffee farmers in their coffee production and expansion.

"We provide the working capital for them to buy the products of their members. If they are the ones to buy, it can be priced well rather than bought outside," Faune said.

He added that Bacofa will also process the coffee beans of its members.

He said the rediscount line for the Bacofa members can be used by the farmers to loan if they need working capital when they plant their coffee.

Faune added that Bacofa "will serve as a conduit" in Landbank's lending to the farmers.

"In effect, there are two approaches that we are doing for Bacofa, one is for the individual members and the other one is for the [association] itself for its trading activity for its members," Faune said.

In terms of the interest rate, Landbank has offered them two options.

First is a concessional rate of five percent to the association, but the pass-on rate to its farmer-members should not exceed 12 percent per annum inclusive of charges. This will allow the bank to incentivize projects intended for agriculture of the association.

The second option is a six percent per annum without a particular cap on pass-on rate. This option will allow leeway for association "in terms of balancing between operational viability and unburdening its farmer-members."

Faune said they will conduct an annual evaluation of Bacofa.

"Evaluate natin kung meron ba silang additional membership, other endeavors that require fixed assets, meron ba silang expansion for coffee production or other crops. All of these we evaluate and provide them the necessary requirements," he said, adding that if there is a need to increase the credit line, they can increase it.

While the evaluation is usually done on an annual basis, if they see a rise in the demand, they can conduct the reevaluation after six months and recommend the necessary amount the association needs.

Landbank approached Bacofa in 2019 after the association gained international recognition for its coffee beans.

Dubria was the champion in the Arabica category during the 2019 Philippine Coffee Quality Competition (PCQC). Two other members of Bacofa, Agustin Timon and Ma. Luz Dubria, also placed in the top 10 of the same category at 4th and 6th place, respectively. The coffee beans of Bacofa also made it to the Specialty Exposition in Boston, Massachusetts, United States on April 12 to 14, 2019.

However, due to a series of earthquakes in the last quarter of 2019 and the onset of the Covid-19 pandemic, the processing of their credit line was delayed.