All eyes on Clark amenities as Philippine Cup resumes 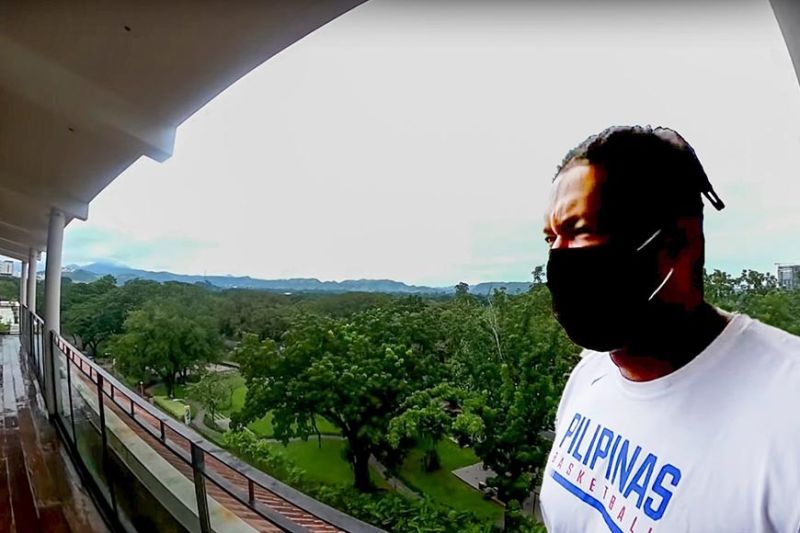 ‘THIS IS NICE’. Ginebra San Miguel’s Joe Devance appreciating the spectacular view up above the Quest Hotel rooftop located in the Clark Freeport Zone during his free time. (From Joe Devance's vlog)

ALL eyes are on Clark Freeport with the resumption of the Philippine Basketball Association (PBA) Philippine Cup 2020, with Clark as the chosen venue for the PBA Bubble.

This Freeport, since the arrival of the teams for billeting at the Quest Hotel, has been getting a lot of attention due to its suitability to host the sporting event in terms of safety and security, protocol control and proximity. This can be seen in footages from three TV networks – TV5, One News and PBA Rush – on top of live streaming via the web.

In fact, its first-class amenities including golf courses, fitness center, jogging lanes, swimming pool are being utilized by players and coaches during their free times.

Clark’s attractions and tourist spots like the well-kept Parade Grounds and Mimosa, as well as the Freeport’s wide roads – where hardly any traffic can be seen – can also be viewed on live broadcasts on TV5, One News and PBA Rush.

Clark’s logo has also been visible during the games, strategically placed on the court at the Angeles University Foundation Sports and Cultural Center in Angeles City, where the games are being held.

Players, as seen on their YouTube channels, are also impressed with the scenic view and lush green spaces of this Freeport.

In his personal vlog, Ginebra San Miguel’s Joe De Vance described the hotel as “nice,” saying he was “having a good time” inside Clark.

“This is nice... this is beautiful, guys. I’m amazed,” De Vance said, referring to the scenery and breathtaking view while on the rooftop of Quest Hotel.

Officials of the Clark Development Corporation and Bases Conversion and Development Authority have made sure that since day one, stringent health measures, including luggage and gear sanitation, logging in on a monitoring phone app, interviews, and testing, among others, are in place to keep everyone safe in the bubble. (PR)