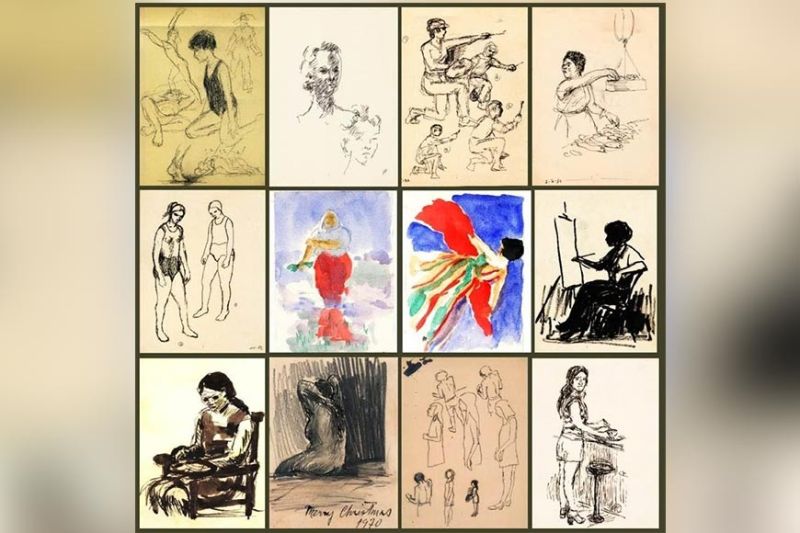 SKETCHES. Some sketches and works on paper by the eminent Kapampangan artist, writer and diplomat E. Aguilar Cru. (HAU)

HUNDREDS of unpublished drawings, sketches and works on paper by the eminent Kapampangan artist, writer and diplomat E. Aguilar Cruz recently arrived from the US as a donation to the Holy Angel University (HAU) Center for Kapampangan Studies.

The works, now being inventoried and scanned, will eventually be put on exhibit at the Center’s Museum of Kapampangan Arts and featured in a book publication.

The donation was made by E. Aguilar Cruz’ only surviving child, Therese Cruz, an artist based in the United States, and the EAC Foundation.

“This is a mother lode of art studies showing the range and development of the artist’s works, as well as a cultural treasure trove that gives us a glimpse into the talent and psyche of an important Kapampangan icon,” Robby Tantingco, director of the Center for Kapampangan Studies, said, adding that Cruz’s major paintings are enshrined in a room at the National Museum dedicated to him.

E. Aguilar Cruz, also known for his essays and journalistic writings, wrote “Maynila and Other Explorations” where he traced and analyzed the historical and cultural bonds between Tagalogs and Kapampangans and “The Autochthronous Tradition” which ushered in a new era in Philippine art.

Historian Ambeth Ocampo and artist Claude Tayag, among others, acknowledge Cruz’s influence in their own life and works in essays to be included in the planned book.

“This is a big day for Kapampangans,” Tantingco said, “because the works of another great Kapampangan artist finally come home to where they belong, in Pampanga.” (PR)