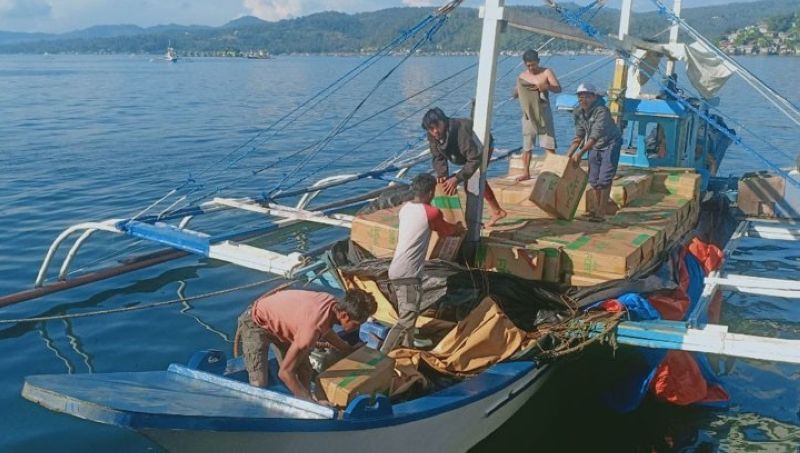 ZAMBOANGA. Operatives of the Naval Forces Western Mindanao last week intercepted a fishing boat loaded with some P10.8 million worth of smuggled cigarettes off Tabina, Zamboanga del Sur. A photo handout shows the fishing boat and its cargo escorted to the port of Pagadian City for eventual turnover to the Bureau of Customs. (SunStar Zamboanga)

Rear Admiral Erick Kagaoan, NFWM commander, said that personnel of the Naval Intelligence Security Unit-63 aboard BRP Jose Loor, Sr. were on maritime patrol when they chanced upon a fishing boat, FB Normay, with a seven-man crew in the waters of Tabina.

Kagaoan said that FB Normay was found to be loaded with 307 masters and 94 reams of assorted smuggled cigarettes with an estimated value of P10.8 million when troops conducted an onboard inspection.

He said the fishing boat was bound for Pagadian City, Zamboanga del Sur coming from Kalingalang Caluang, Sulu, when it was intercepted.

Kagaoan said the fishing boat and its cargo was escorted to the port of Pagadian City and turned over to the Bureau of Customs for proper disposition. (SunStar Zamboanga)