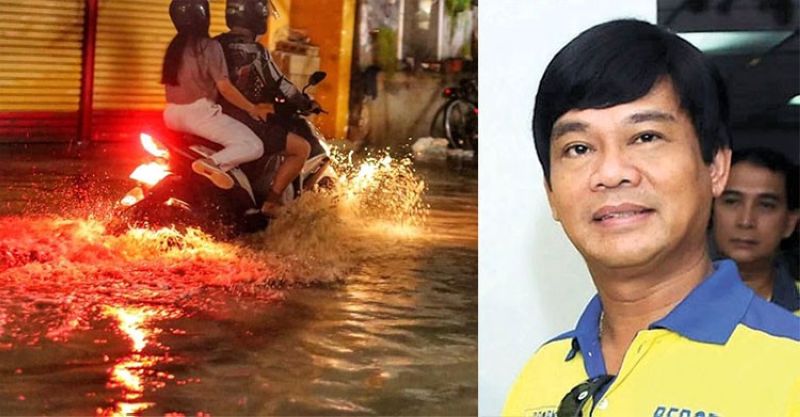 REPRESENTATIVE Rodrigo Abellanosa of Cebu City's south district reportedly showed Wednesday, October 14, a video of the flooding in the city, which he told the House of Representatives focuses on the city's "dire need of much-needed support" for flood control through DPWH, the public works and highways department.

He struck two birds with his stone: to push his request for more infrastructure money for the city and to dramatize his earlier charge that the sharing of projects under then speaker Alan Peter Cayetano had not been equitable.

The "unfair" allocation -- where Cayetano and his lieutenants got a lot more projects for their districts than Bebot Abellanosa and north Representative Raul del Mar did for theirs -- led to the former speaker's downfall, Abellanosa said. Cebu City got only less than a billion each in projects. That, despite the city's "substantial contribution" to the national wealth, he said. An insult, he said, not just to Cebu City but its people. There is still time to rectify the error, Abellanosa said.

The floods in many parts of Cebu City in the past few days have set off a number of posts in social media, calling attention to the problem, demanding the status of supposedly ongoing projects, and reminding Mayor Edgardo Labella and Vice Mayor Mike Rama about their promises, made during the elections and shortly after they took office June 30 last year.

[2] "Grabeng baha sa Cebu City," as caption to photos of the flooding.

[3] A reproduction of Mayor Labella's purported post in July 2019, promising to President Rodrigo Duterte he would give top priority to such problems as floods, garbage disposal and traffic. (The mayor, in response to the problem, ordered Wednesday, October 14, "immediate and long-term solutions.")

The query to Abellanosa is interesting. He asked the House for more money for flood control in the city. He himself is asked about money he purportedly got in 2016 for flood control. And he was showing a video of the flood for which he was supposed to have been granted funds four years ago.

Aside from publicly sharing the grief of the family of the 14-year-old boy who was swept away by the waters of the creek at Mango Ave. (and promising them assistance in burial and other forms of help), Mayor Labella gave the usual order to identify and remove the obstructions at the creek and announced a plan to meet with building owners and the City Hall department heads concerned as well as manufacturers of bottled water.

If the moves look familiar, they've been made by several mayors through the years. The floods keep coming and the obstructions remain.