LTFRB-Davao: PUVs may continue to operate despite curfew 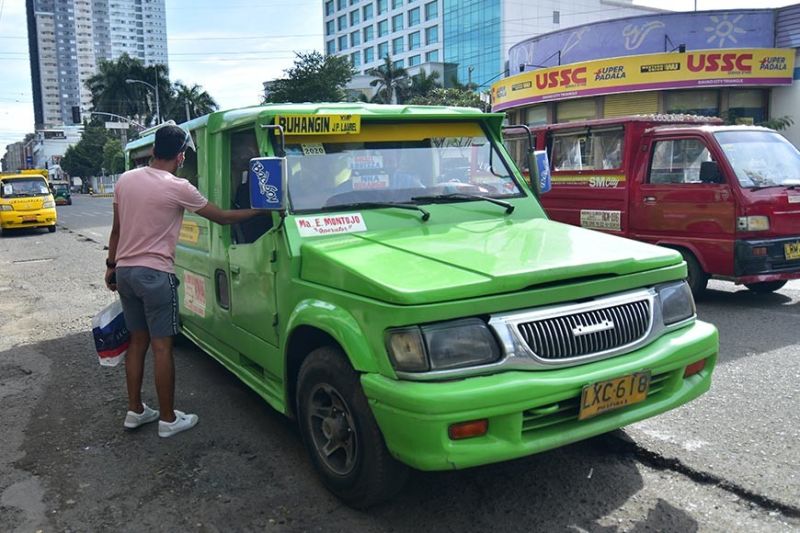 THE Land Transportation Franchising and Regulatory Board (LTFRB)-Davao urged all public utility vehicle (PUV) drivers to continue operating even past curfew hours in Davao City.

LTFRB-Davao issued an advisory days after Davao City Mayor Sara Duterte-Carpio issued Executive Order (EO) 55 series of 2020, which reimposes the curfew from 7 p.m. to 5 a.m. the next day.

The EO already took effect noon of Thursday, October 15, and will end until December 31, 2020.

The agency clarified that all PUVs, particularly public utility jeepneys (PUJs), taxis, buses, and other vehicles granted franchise, can continue operating even during the curfew.

"Gina-awhag ang mga draybers/operators nga mobiyahe gihapon aron naay masakyan ang mga naga-trabaho nga lampas sa curfew hours (We are urging drivers and operators to continue operating during curfew hours so that our workers can have a ride)," LTFRB-Davao said in an advisory posted on their Facebook page.

SunStar Davao reached out to LTFRB-Davao Director Armand Dioso for further details, but he was in a meeting.

Dioso previously said it is part of their mandate to operate especially during the pandemic, where there is shortage of PUVs due to the imposed physical distancing.

He also said PUVs drivers/operators with special permits from their office who will not operate during these times can be used as grounds for the revocation of their franchise.

Unless the national or local government will specifically declare a suspension of their operation through an executive order or other memorandum circular, Dioso said PUVs are reminded to continue their operation.

Prior to the LTFRB advisory, Davao City Mayor Sara Duterte-Carpio already clarified that PUVs are exempted from the curfew.

But the mayor said the local government cannot force them to operate at these hours, considering that only few commuters who are exempted from the curfew can be seen on the streets.

"Of course, dili pud nato pugson sila na magbiyahe kung kabalo ta malugi sila (we cannot force them to operate if they think that there won't be passengers to cater)," Duterte-Carpio said on Monday, October 15, in a radio interview via 87.5 FM Davao City.

She said the city will be augmenting transportation services in case there will be shortage of public vehicles.

City Transport and Traffic Management Office (CTTMO) Chief Dionisio Abude said during a separate radio interview on Thursday morning, October 15, that they were instructed to monitor and anticipate possible stranded passengers during the first night of the reimplementation of the curfew.

Abude said they already coordinated with LTFRB for the augmentation of buses for stranded passengers.

But he said they will charge P9, same as the minimum fare in PUJs.

The CTTMO head also reminded passengers to bring their valid IDs to show proof they are curfew-exempted workers.