No international flights this year 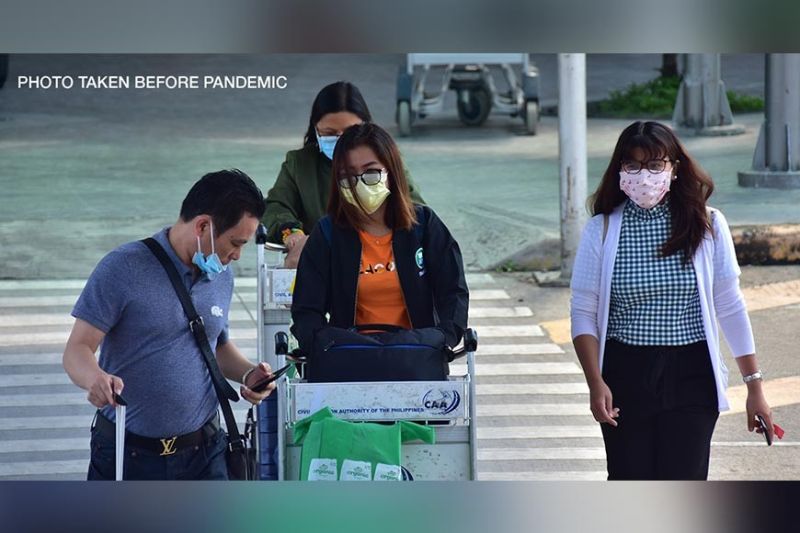 Caap-Davao Assistant Airport Manager Aiza Radjab told SunStar Davao in a phone interview on Thursday, October 15, that based on recent discussions with foreign airlines, a majority of the airline companies extended the suspension of their international flights in light of the ongoing Covid-19 pandemic.

Radjab said Cathay Dragon's Davao-Hong Kong-Davao is suspended until December 31, 2020, while Qatar Airways' Davao-Qatar-Davao is expected to resume in March 2021.

Cebu Pacific's Davao-Singapore-Davao flight, however, is suspended until further notice.

As for Garuda Indonesia's Davao-Manado-Davao, Radjab said they are still waiting for their formal statement if they would still resume operations.

She said, based on their previous communication, they decided to "stop operations" amid the pandemic.

No word from Xiamen Air's Davao-Quanzhou (Jinjiang), and SilkAir's Davao-Singapore-Davao if they would resume operation before the year ends, or would also indefinitely extend their flight suspensions until next year.

Radjab said they are coordinating with the Davao City Government with regards to the approval of the resumption of international flights.

Davao City Mayor Sara Duterte-Carpio said on Monday, October 15, in a radio interview that the city now allows direct international flights to and from Davao Airport.

However, she said that she has no recent information with regards to some airline companies who expressed their interest of resuming their operations.

"But, of course, if there are any airlines that are willing to resume international flights, we will welcome it," Duterte-Carpio said in an interview via 87.5 FM Davao City Disaster Radio.

The mayor issued a suspension of air travel going in and out of the city through an executive order following the recorded local transmission in the city.

Commercial domestic air operations, however, resumed on June 8, but on a limited capacity after the city shifted to general community quarantine (GCQ), and eventually modified GCQ.

As of now, the City Government mandates all air passengers going to the city to secure negative reverse transcription polymerase chain reaction (RT-PCR) test results upon arrival at the airport. Test results must be 72-hours prior to departure.

Passengers who failed to secure an RT-PCR test will be tested for free but would have to wait for their test result for a maximum of 48 hours at the holding facility.

The City Government imposed the mandatory RT-PCR test to ensure that those entering the city are free from Covid-19. Arriving passengers had been attributed to the rising Covid-19 cases in the city.

Since the airport resumed operations in June, she said an average of five to seven flights per day have been catered. But she said the airport has not normalized its operation due to the continuing threat of the Covid-19.

Radjab admitted that the city cannot add up more flights due to several factors. These include the testing capacity of the city and the number of available beds for its waiting facility and temporary treatment and monitoring facility.

But she said the airport management is capable of catering arriving international flight passengers.