Pageant contestants' visit in La Trinidad 'not an LGU initiative' 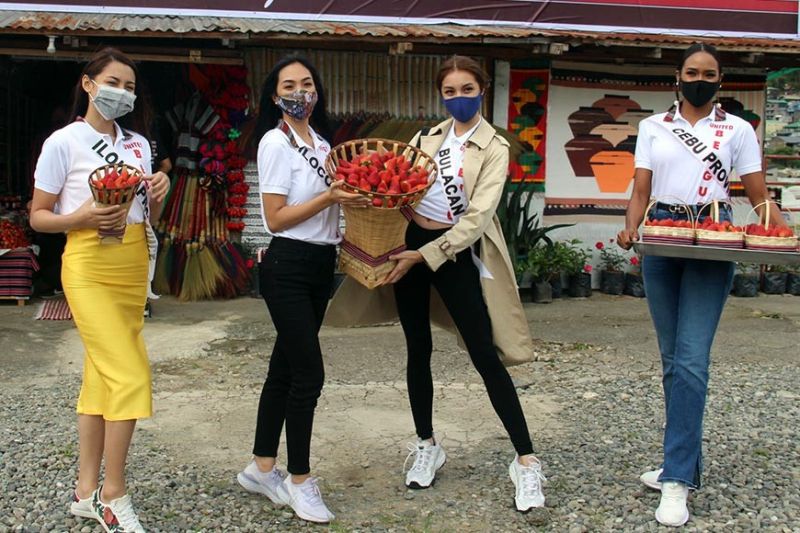 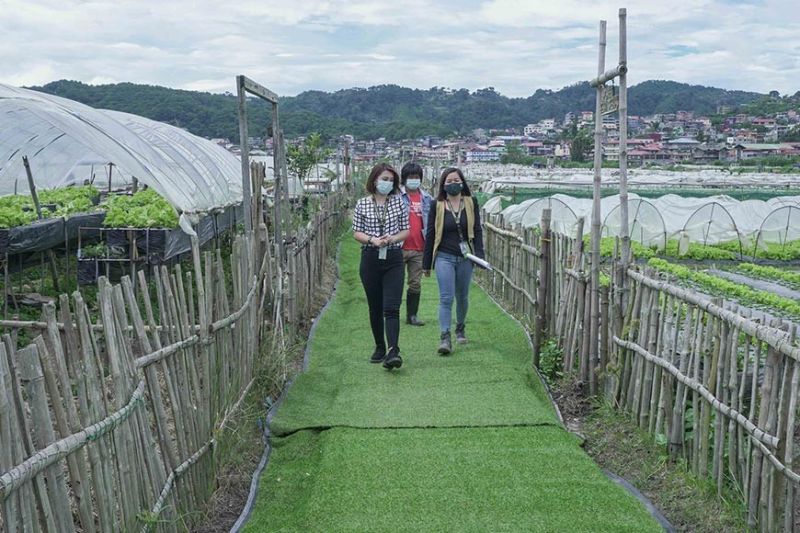 BEAUTIFIED. Plastic grass mats are placed on the pathway of the strawberry fields in La Trinidad, Benguet during the visit by candidates from Miss Universe Philippines. (Photo by Jean Nicole Cortes)

AS THE first batch of Miss Universe Philippines candidates arrived in La Trinidad, Benguet, officials stand firm: the invitation to bring the beauties to the Valley did not emanate from the town.

La Trinidad Mayor Romeo Salda said the local government unit (LGU) of La Trinidad never made any initiative to be included in the itinerary of the Miss Universe Philippines pageant.

"Our participation, which is limited to coordination as regards to the scenic spots to be visited and police security assistance through the LTMPS (La Trinidad Municipal Police Station), was the result of a meeting called by the Office of Benguet caretaker, Congressman Eric Go Yap. Owing to La Trinidad’s proximity to Baguio City and upon the initiative of Congressman Yap, our inclusion in the photo shoot was meant to showcase selected La Trinidad tourism sites, being the capital town of Benguet,” Salda said.

Salda released the statement as a reaction to earlier statements made by Baguio Country Club general manager Anthony De Leon during a press conference.

The chief executive said it was the office of Yap who initiated the invitation for a photo shoot for the Miss Universe Philippines candidates with the aim to promote the province.

Salda said the town has no intention to create misunderstanding but wants to set the record straight that the visit of the beauty pageant candidates was offered to them and not an initiative of the local government.

Yap assured that Inter-Agency Task Force for Emerging Infectious Disease protocols are practiced and candidates and staff were tested and isolated before going to Benguet.

"Rest assured that IATF protocols are practiced all throughout. Each candidate and staff were tested and isolated before going to Benguet. They shall also undergo triage and practice social distancing and wearing of masks," Yap said.

Before a photo shoot at the La Trinidad Strawberry Fields, twenty candidates and their entourage went to the triage area in Barangay Wangal, La Trinidad.

On October 16, another batch of Miss Universe Philippines candidates is set to visit the Benguet Capitol for a photoshoot. They will then proceed to the Benguet State University to witness a cultural show presentation.

On Thursday, the candidates went to the gardens of Mount Costa with their entourage and media contingents.