EXPLAINER. How Cebu's CA Justice Marilyn Yap is fined at least P1.8M or a year's pay for 160 undecided cases. Why Supreme Court rejected charge of dishonesty. 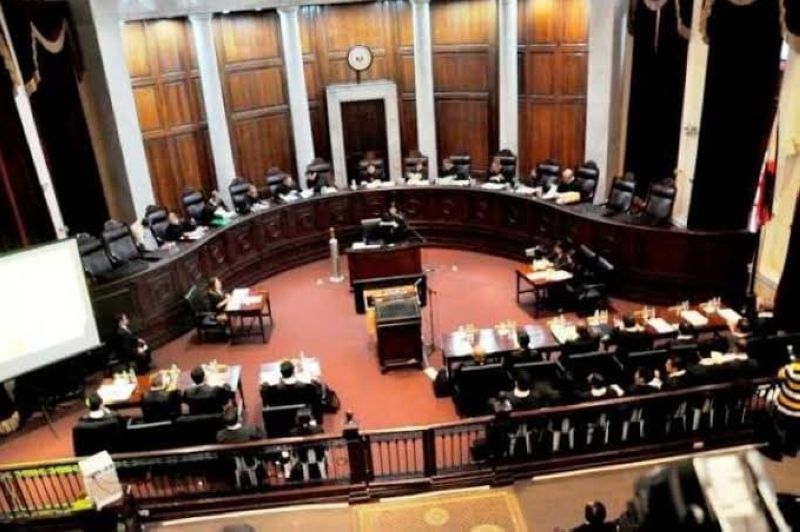 THE administrative charge stemmed from the failure of Court of Appeals (CA) Justice Marilyn B. Lagura-Yap to decide a total of 160 cases when she presided the Regional Trial Court Branch 28 in Mandaue City.

The Supreme Court found Yap, who heads the CA's 20th division, guilty of "gross inefficiency" for her:

[1] admitted failure to decide the cases within the required period of 90 days after they were submitted for decision; and

[2] recorded failure to submit to the Judicial and Bar Council (JBC), when she applied for the CA seat in 2011, the required certifications of her case load, including the submitted but undecided cases and the pending cases.

HEFTY FINE, ADMONITION. The penalty: a fine equivalent to Justice Yap's current salary for one year, payable within 30 days from receipt of notice. A CA associate justice gets P150,000-P170,000 a month plus longevity pay (5 percent for each five years of service). That would be P1.8 million-P2.04 million, not counting the longevity pay and the 13th month pay.

It is not known when Yap was notified of the immediately-executory decision. The SC ruling was promulgated last June 15 yet but was made public only Thursday, October 15. The epidemic could have delayed notice to her and release of the story.

On top of the fat fine, the SC ruling admonished Yap to be "more diligent" in her work, especially that she is now a CA associate justice. She chairs the CA's three-person 20th division, per the reorganization ordered last June 23 by Acting Presiding Justice Remedios Salazar Fernando.

EXPERIENCE, AWARDS. Yap is a Cebuana who took her oath as CA justice last February 23, 2013. She had worked as RTC Branch 28 judge in Mandaue City for 12 years, eight years of which as executive judge. It was as RTC judge that she failed to decide those cases on time. Before joining the judiciary, she was public prosecutor of Mandaue City for 10 years. She also worked in 1985 as research attorney for RTC Branch 22 in Cebu City and, in 1988, as branch clerk of court.

She was finalist in the 2006 Search for Judicial Excellence and awarded in 2007 as outstanding alumna in law by the University of San Carlos. As USC visiting professor in 2008, she lectured on Philippine law in trafficking to law students of Stockholm University in Sweden.

She won in 2009 the Outstanding Gender Justice award for the Visayas in the search conducted by the Philippine Commission on Women. She joined in 2010 a Philippine delegation of judges to the biennial convention of the International Association of Women Judges in Seoul, Korea. In 2011, she also attended a roundtable conference on illegal traffic of ozone of ozone depleting substances in Paris, France and was among those who conferred with the Tatak UP Award in Law and Public Service.

WHY YAP'S CASE? The SC apparently did not consider accomplishments in Justice Yap's personal record, focusing only on her work of dispensing justice and running her court.

Bases for the ruling are the constitutional provision on the 90-day requirement on deciding cases and the New Code of Judicial Conduct (section #5, canon #6), which requires judges to perform their duties with "reasonable promptness." Being an administrative proceeding, only "substantial evidence" is required. Her admission, which jibes with the official records, was enough.

But why the splash in publicity about Justice Yap's case when many other judges had performed poorly but were quietly fined, usually when they retire?

A Supreme Court public information office release on her case gives a clue. It cites Chief Justice Diosdado Peralta being "serious" in pushing when he assumed in 2019 his 10-point program, which included the four core areas of efficiency, integrity, security and service. Punishing Yap with a hefty fine and publicizing the penalty aim to underscore his thrust, a "testament," the court PIO says, to the 26th chief justice's pledge.

The news release also made the familiar pitch about undue delays in trial being the "major culprit" in eroding "public trust and confidence in the judicial system."

REJECTED EXCUSES. Is the Supreme Court not being unreasonable, given the reasons Justice Yap offered to explain the big pile-up of undecided cases?

Yap, the SC noted in its ruling, cited these excuses: (a) heavy caseload; (b) voluminous records; (c) understaffed court; and (d) deaths in the family.

The first three factors, which must have heavily slowed down work and could've been eased by the SC, were valid. The SC, in fact, found Justice Yap's explanations "true and reasonable" but they were not "sufficient to exonerate" her for the trial court's backlog. The SC did not say how much leeway a judge is given on the promptness and surely not why it applies only to lower courts, not the highest court.

'NOT DISHONESTY.' The SC ruling, however, made it clear that Yap's failure to submit the certification on her case load at Mandaue RTC when she applied for the CA seat was not an act of dishonesty. "There is no evidence at all that she intentionally did not submit" those documents "to give herself an advantage and secure the promotion."

It must have been the JBC's oversight or negligence when it did not require the papers before including her in the shortlist of would-be appointees. The council's failure, not Justice Yap's.