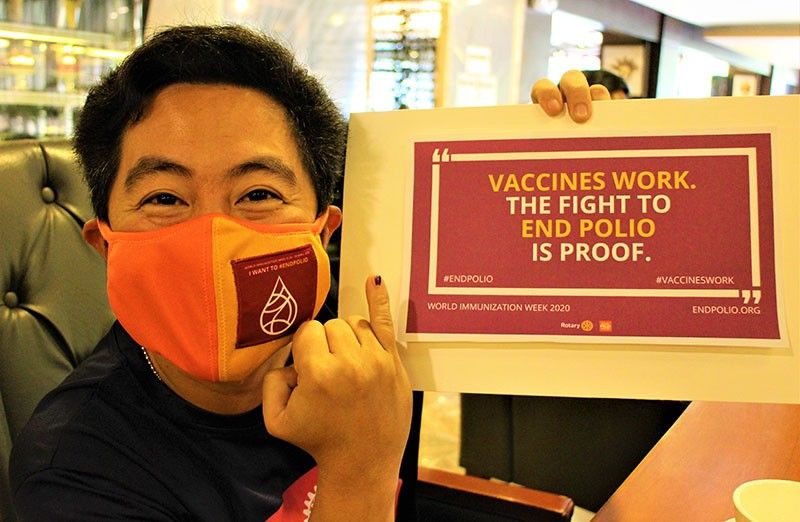 BAGUIO. The RC of Baguio Summer Capital World Polio Day Kapihan Media launch with the PIA and various media outfits in the CAR for the Polio Awareness Campaign October 14. (Photo by Osharé) 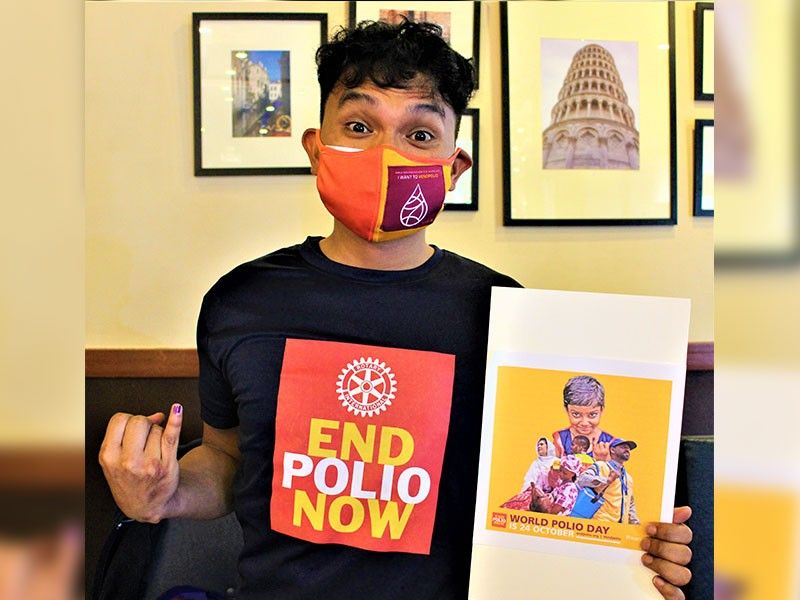 BAGUIO. The RC of Baguio Summer Capital promotes the Rotary International’s “Pinkie Purple” for Polio awareness. The goal is to reach every, single, and last child for the anti-polio immunization. (Photo by Osharé)

Today, the Rotary and its partners have reduced the incidence of polio by 99.9 percent, globally, since 1988. -- Rotary International

IT WAS in 1979 that the Rotary International begun its fight against polio with a multi-year project to immunize 6 million children in the Philippines. In the year 2000, the World Health Organization (WHO) declared the Philippines Polio free. In September 2019 however, a resurgence of Polio cases was declared in the Philippines.

How can we prevent resurgence of polio cases and what can we do to protect our children and family? We must ensure that all and any children under the age of 5 years old to receive the vaccine provided for free at the health centers during each vaccination round (mass vaccination campaign in the area), even if they had it before. According to the WHO, it is safe to receive multiple doses of oral polio vaccine to children. The vaccine is designed to be administered multiple times to ensure full protection. Each additional dose further strengthens a child’s immunity level against polio. In addition, we must also ensure to keep our surroundings and environment clean as the virus is spread through the oral-fecal route.

Why do we need to have our children vaccinated? Poliomyelitis (polio) is a highly infectious disease caused by the poliovirus. It invades the nervous system and can cause paralysis, or even death. In the Philippines, the oral polio vaccine (OPV) is routinely given to infants at 1.5, 2.5 and 3.5 months old and the inactivated polio (IPV) vaccine at 3.5 months old. Meanwhile, the Department of Health has resumed their “Sabayang Patak Kontra Polio” rounds nationwide from October 2019, to this year July 2020 after being put on hold due to the Covid-19 pandemic.

How does the Rotary help eradicate polio globally? Through the Rotary International End Polio Now Program and their partners, they pull their resources together and raise funds to reach every single and last child against Polio through regular immunization, improving disease surveillance systems to detect any poliovirus in a person or the environment, and to hire health workers to go door to door to find every child. By this, they significantly reduce health care costs and relevantly improve children’s health as other health problems are also addressed.

The Rotary Club of Baguio Summer Capital (RCBSC) participates in the worldwide effort for Polio eradication through Polio awareness. Join us and together with 1.2 million Rotarians worldwide for the World Polio Day this October 24. Polio will certainly be one of history’s greatest public health achievements, with polio following smallpox to become the only second human disease to be eradicated from the world.

References: Rotary International, WHO, UNICEF and DOH websites. Donate now at the endpolio.org. I WANT TO #ENDPOLIO.