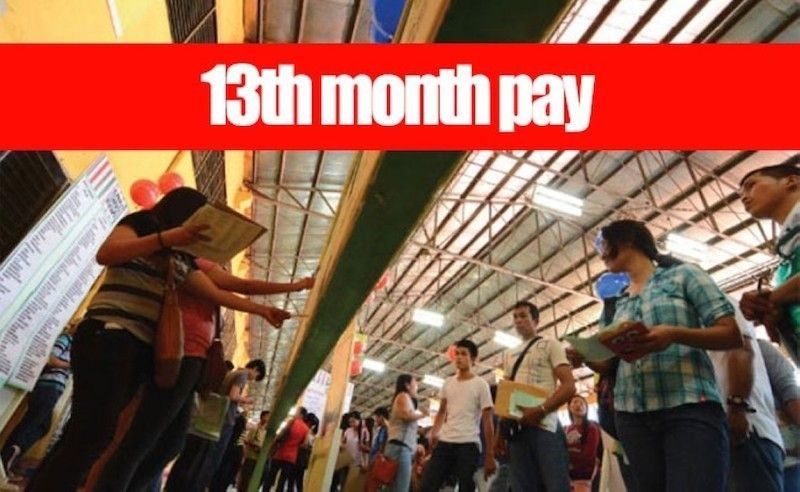 THE government may need to shell out as much as P13 billion to subsidize the 13th month payouts of distressed micro and small enterprises, Department of Labor and Employment (DOLE) Secretary Silvestre Bello III said Friday, October 16, 2020.

In a virtual press briefing, Bello said they were considering two estimates.

DOLE estimates that 1.5 million workers will be affected and P3.7 billion would be needed to subsidize their 13th month pay.

The Philippine Statistics Authority (PSA), on the other hand, said 5.1 million workers will require a total subsidy of P13 billion.

"We are talking about the affected workers coming from the micro and small business enterprises. We actually have two basis for computation, ours and the PSA (Philippine Statistics Authority)," said Bello.

"We still have to discuss which will be our basis. Then, we will come up with the amount. What is important is we will agree (on) a subsidy," he added.

He said the affected companies would need to apply for the subsidy and prove they need it.

If the proposed subsidy is not approved by the government, Bello said the distressed companies may just have to settle with soft loans from the Land Bank Of The Philippines (Landbank) or the Development Bank of the Philippines (DBP).

"If the government is not able to subsidize that, we will facilitate the loan facilities for them," said Bello.

Bello issued late Friday Labor Advisory No. 28 - 2020 which affirmed his earlier pronouncement that the government will not allow exemptions from or deferment of the 13th month pay.

"No request or application for exemption from payment of 13th month pay, or for deferment of the payment thereof shall be accepted and allowed," the two-page advisory stated. (HDT/SunStar Philippines)