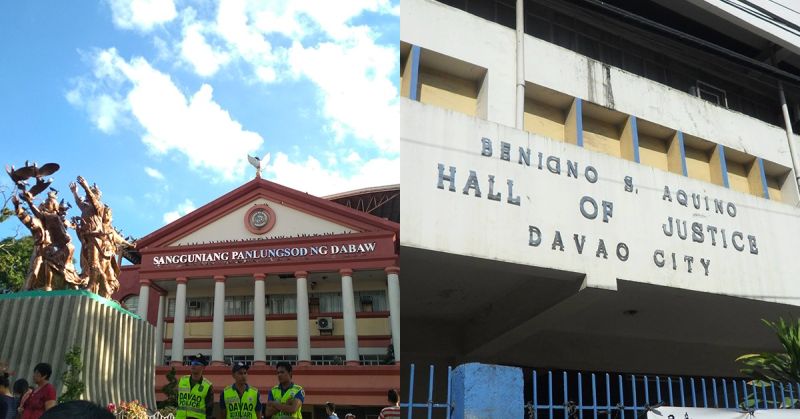 DAVAO City Mayor Sara Duterte-Carpio said two government offices in the city are under close surveillance after its employees tested positive for coronavirus.

The mayor disclosed in a radio interview on Friday, October 16, that there was a confirmed case in the administration office of the Sangguniang Panlungsod (SP).

She, however, said the City Health Office immediately intervened by instructing those who had close contact with the positive patient to self-quarantine, and were given a schedule when to test them before they would be allowed to return to their workplace.

This is the reason the SP is currently closed, as revealed by Vice Mayor Sebastian Duterte, since it will be disinfected and all its employees are working from home starting Friday, October 16, until October 22.

Testing will be conducted after October 22.

Duterte-Carpio also said that another Covid-19 case was recorded from the Hall of Justice. But she was not able to disclose how many workers tested positive.

While the CHO already gave recommendations on what to do, the mayor admitted that they cannot further impose other recommendations such as the work-from-home scheme since the Hall of Justice is under the jurisdiction of the Supreme Court.

She said, though, that the CHO will still be the ones to conduct swabbing and will issue recommendations of those who will be swabbed.

The mayor added the Hall of Justice only implemented closure of the branch or office where Covid-19 positive employees are recorded.

"Ang problema man gud is kung nakasulod ka sa Hall of Justice, wala gyud na'y ventilation especially dinha sa corridors and hallways. Even ilang sala wherein diraa ga-trial sa korte, aircon gyud na sila. Wala na sila ga-open og windows (We noticed a problem inside the Hall of Justice since there is no ventilation along their corridors and hallways. There is no open ventilation nor window even inside their trial hall, as it is fully air conditioned)," she said.

The mayor also revealed that there have been more recorded Covid-19 transmission within workplaces.

With this, she reiterated to the office and business management to strictly impose minimum health protocols, particularly the observance of the two-meter distancing within employees.

She also reminded the employees to wear their face masks and face shields inside offices all the time.

"Importante gyud nga dunay strict implementation sa health protocols sa mga offices (It is important that we strictly impose health protocols within offices)," the mayor said, calling these areas an "area of concern" of the widespread transmission of the virus.

Meanwhile, Vice Mayor Duterte said in an interview via dxGM Super Radyo Davao that there will be no regular session on Tuesday, October 20.

The vice mayor said the employee who tested positive for coronavirus is from the Secretariat Office, and that contact tracing is already ongoing.