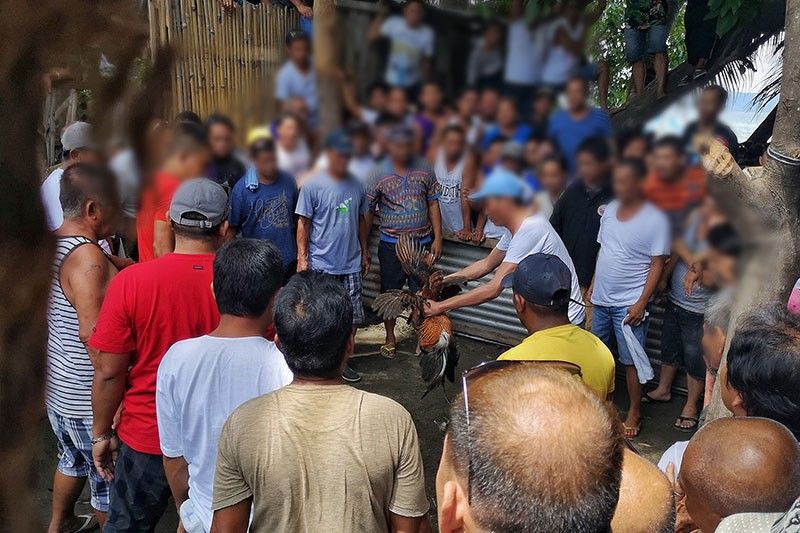 COCKFIGHTING activities or "sabong" will still be prohibited in Davao City even with the recent recommendation of the Inter-Agency Task Force for the Management of Emerging Infectious Diseases (IATF) to allow these activities in areas under modified general community quarantine (MGCQ).

Davao City Mayor Sara Duterte-Carpio said on Friday, October 16, during her regular live radio interview via 87.5 FM Davao City Disaster Radio that the decision is not Covid-19-related but a personal direction and policy of the city administration.

(We announced before that we are already moving for the cancellation of permits of all cockpits and the conduct of cockfighting activities in Davao City. This (decision) is not Covid-19 related but a personal directive and policy of the city administration.)

She added that the permits are currently being revoked by the city at the City's Business Bureau.

In a resolution approved on Thursday, the IATF also underscored that the local government units shall have the final decision on whether cockfighting activities can proceed in their areas.

But the task force said licensed cockpits and the cockfighting activities must adhere to health safety protocols to prevent the spread of the virus.

However, IATF said in-person audience, online or remote betting, and the live broadcast of cockfights are prohibited. The task force also did not specify how the public could watch cockfighting activities.

The mayor had prohibited cockfighting since the city was under community quarantine in late March this year. She also previously advised the cockfighters who were appealing to allow their activities to do their business outside the city where they are permitted.

It can be recalled that one of the sources of the Covid-19 infection in Mindanao was at a cock derby on March 7, 10, and 12, at the New Davao Matina Gallera.

This led Duterte-Carpio and the majority of the 19th City Council to have a consensus to make the city gambling-free.