Street dwellers asked to go back to hometowns 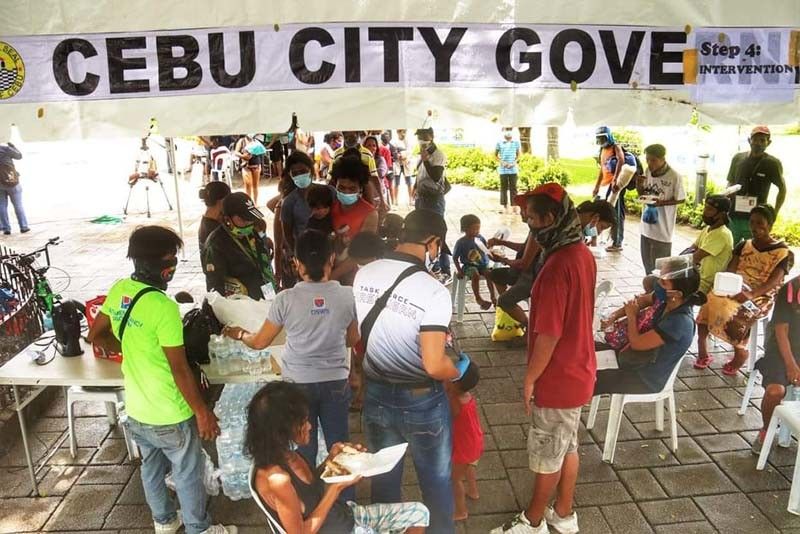 IN EFFORTS to clear Cebu City sidewalks, 152 people living in the streets were rounded up by government personnel during a “One Time, Big Time” operation on Friday, Oct. 16, 2020.

The operation, conducted along the sidewalks of uptown and downtown Cebu City and the South Road Properties (SRP), caused a bit of a commotion as some of the street dwellers thought they were being arrested by police.

Some also refused to go with the operatives.

A street dweller, identified only as James, 17, refused the city’s offer that he, his live-in partner, and his infant son be brought back to his hometown in Barangay Cantabaco,

He said this meant that he would have to leave his job as a laborer at the Carbon Public Market where he earns around P700 a day.

“I won’t go back to Toledo because I earn only around P50 to P100 there. How could I buy diapers and milk for my son?” asked James in Cebuano.

For 72-year-old Serlita Ejolin, who hails from Danao City, she is accustomed to living in Cebu City after staying here for 15 years.

The street dwellers were brought to the Plaza Independencia and were given a bath, a free haircut and were profiled by the Cebu City government.

Raquel Arce, Probe chief, said the street dwellers will also undergo a medical examination to check if they are suffering from any illnesses.

Arce said the DSWS will help facilitate their return to their hometowns.

Meanwhile, CCPO Director Col. Josefino Ligan said once the street dwellers return to their respective hometowns, police and barangay officials will monitor their movements to prevent them from returning to the city to beg.

Cebu City Mayor Edgardo Labella has vowed to file charges against street dwellers and beggars who return to the city after they are rescued from the streets.

Labella said those who return to beg on the streets could face charges for violating the city’s Anti-Mendicancy Ordinance. (AYB/JKV)