Philippines says it will defend oil search in disputed seas 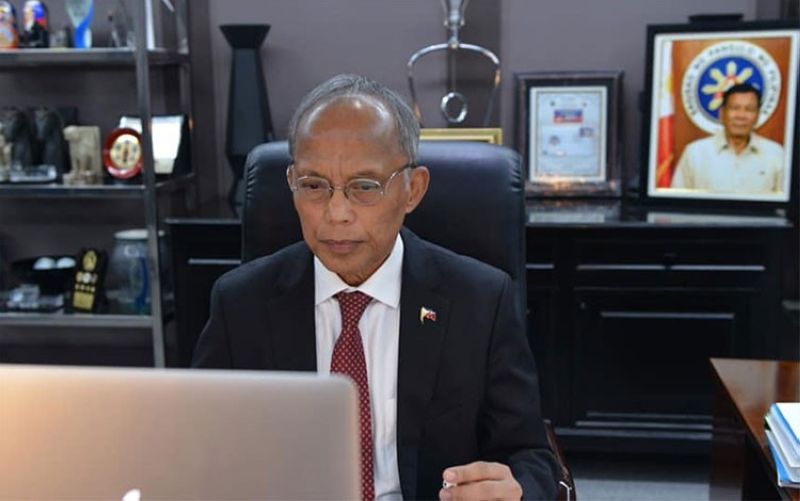 THE Philippines is ready to defend the oil and gas exploration it has decided to resume in its internationally recognized waters in the disputed South China Sea and will not cede that right to any nation, the energy chief said Friday, October 16.

The Department of Energy announced Thursday, October 15, that President Rodrigo Duterte has approved its recommendation to lift a six-year-old moratorium on energy exploration in three offshore areas west of the Philippines, including in potentially oil- and gas-rich Reed Bank, which China also claims.

Cusi told reporters in an online news conference Friday that China was not informed of the Philippine government’s decision to resume oil exploration in its exclusive economic zone, a 200-mile (320-kilometer) stretch of waters where a coastal state can exclusively exploit maritime resources under the 1982 UN Convention on the Law of the Sea.

Reed Bank and two other exploration areas are within the Philippines’ exclusive zone but China is likely assert its claim, Cusi said.

“They will not just take it without raising a word. I’m sure they’re going to write us,” he said.

Asked how the Philippines will respond if China protests or intervenes in the high-seas exploration, Cusi replied, “We have to stand up for our rights, that’s what we are going to do.”

Exploration companies have been assured they will be protected by a 500-meter (1,650-foot) security buffer zone, Cusi said, without elaborating. He said he expected “China will be respecting that.”

Chinese and Philippine ships figured in a tense faceoff the following year in another disputed region, Scarborough Shoal, further north of Reed Bank. After Chinese ships seized the shoal, the Philippines took its dispute with China to international arbitration before a UN-backed tribunal in 2013.

The Philippine government indefinitely banned energy explorations in disputed waters, including in Reed Bank, in 2014 while the arbitration case was being heard. It largely won the case, with the tribunal declaring in its 2016 ruling that China’s historic claims to virtually the entire South China Sea were invalid under the 1982 UN oceans treaty.

Aside from potential undersea oil and gas reserves, the disputed waters have rich fishing grounds and straddle busy sea lanes that are a crucial conduit for petroleum and other resources fueling China’s fast-expanding economy and those of other Asian nations. They have long been regarded as a potential flashpoint for conflict in Asia.

The Trump administration has repeatedly raised alarm over China’s increasingly aggressive actions in the disputed waters. Beijing has responded by warning Washington to stay out of what it says is a purely Asian dispute. (AP)