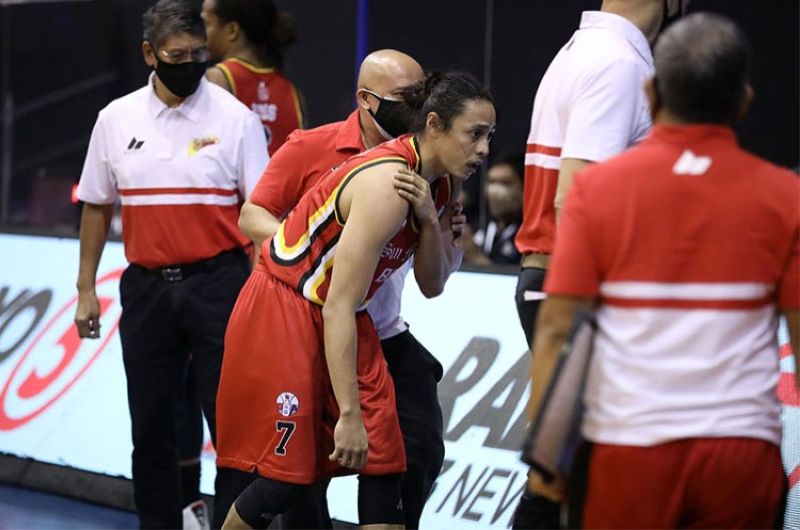 MANILA. Terrence Romeo will miss the rest of the season because of a dislocated shoulder. (PBA)

THE woes of the San Miguel Beermen continued to pile up after it was confirmed on Saturday morning, October 17, that ace guard Terrence Romeo would miss the rest of the PBA Philippine Cup because of a dislocated shoulder.

San Miguel head coach Leo Austria confirmed the unfortunate development, which occurred late in the first period of the Beermen's 107-88 loss to TNT on Friday night.

Romeo collided with TNT's Ryan Reyes and immediately clutched his shoulder. He was taken out of the ballgame and not long after, was brought to the Medical Center.

Doctors have said that the healing and strengthening period would take six to eight weeks. This means San Miguel -- the five-time defending Philippine Cup champions -- will be going the rest of the way sans their two superstars.

Reigning league MVP June Mar Fajardo is already out of the season as he is still recovering from the leg injury he suffered earlier this year. (JNP)