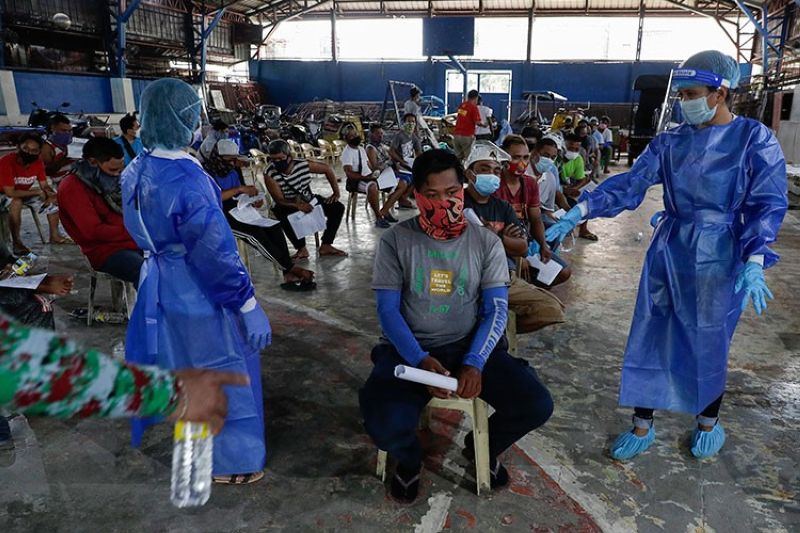 MORE than 2,000 new cases of coronavirus infection were reported by the Department of Health (DOH) Saturday, October 17.

The National Capital Region (NCR), which DOH has erroneously listed in the last eight months among the "top provinces by newly announced cases," was not on the list on Saturday.

The DOH instead streamlined the list to include only the provinces, highly urbanized cities and independent component cities.

NCR or Metro Manila is composed of 16 highly urbanized cities (HUCs) and one municipality with a combined population of over 12 million. The sum of the new cases from these HUCs and municipality has consistently been the highest among the regions.

With the list now streamlined to provinces, HUCs and ICCs, only Quezon City in the NCR figured among the areas with the highest number of new cases.

Quezon City reported 143 new cases, the fourth highest on Saturday, after 185 in Rizal, 175 in Cavite and 159 in Batangas. Bulacan had the fifth highest number of cases at 88.

The DOH said 73 more patients have also succumbed to Covid-19, raising the death toll to 6,603.

It said majority of the new deaths were recorded in NCR with 32.

Calabarzon and Central Luzon also saw a high number of deaths with 10 and 9, respectively.

As to recoveries, the DOH said 539 new recoveries were recorded, bringing the total to 295,312.

Globally, as of October 16, there have been more than 38.78 million confirmed cases of Covid-19, including 1.09 million deaths, according to the World Health Organization. (HDT/SunStar Philippines)