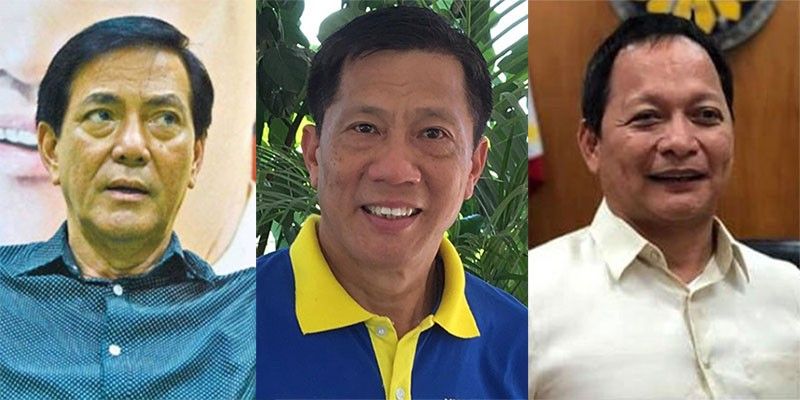 THE request of the Cebu City Council for information on how the executive department has been spending the money, at least P1.5 billion, allotted for Covid-related expenses was made as early as last June 17, when the Sanggunian approved Supplemental Budget #3.

Councilor Nestor Archival Wednesday, October 14, moved for the new call for liquidation, citing the need to have it done before the City Council will tackle the general appropriations measure for 2021.

He didn't remind the City Council that the legislature approved last June the P1.9-billion extra budget (SB#3), which carried the condition that the accounting would be done. Archival's motion, which the Council approved without objection, asked that the liquidation be done at its next session.

That budget (SB #3) included P500 million for Covid, in addition to the initial P1 billion allotted last March for the epidemic. (Also tucked in the extra budget was P100 million for free hospitalization, which was expected to be spent mostly on coronavirus patients.)

Councilor Archival during the Councilors Hour of the session asked (a) if the spending for vans and jeepneys hired by City Hall on Covid-related activities was still going on and (b) the rampant giving away of rice by city officials (are they paid by the City or personally by the officials doling them out).

Councilor Joel Garganera, deputy implementer for IATF at the city's Emergency Operations Center, said they are still hiring the vehicles to transport health personnel and emergency workers and food provisions to locked-down houses or areas. Meaning, the work will end when Covid ends, but when will the plague end? "I don't know," Garganera said.

Right now, the surge of the virus has been contained but he does not know what will happen tomorrow or the next day. Meaning, the spending will go on.

On the rice dole-outs, Councilor Archival expressed concern that the officials were giving away the cereal as if the foodstuff were their own. Councilor Raymond Garcia, majority floor leader, suggested that the councilors be informed about rice-giving events so they could join. He said the councilors could help boost the citizens' morale; diplomatically, he didn't say "so they could join the photo-op."

Rice, the councilors were told, was being given by the city mayor to sectors -- such as musicians, drivers, and the like -- besides the staple being given to families in lockdown and Covid-positive patients who recover.

[2] Every time VM Rama banged the gavel for a short adjournment (which he calls "senior's break"), the live streaming would go silent. In broadcast, they call it "dead air," which broadcasters dread like the plague. Maybe the vice mayor's office, which runs the Facebook site, can provide commentary or music to fill the vacuum, with the repeated advice to "stand by."

[3] The councilors have made its public hearings as informal as can be, speaking mostly in Cebuano and calling resource persons or guests by their first name.