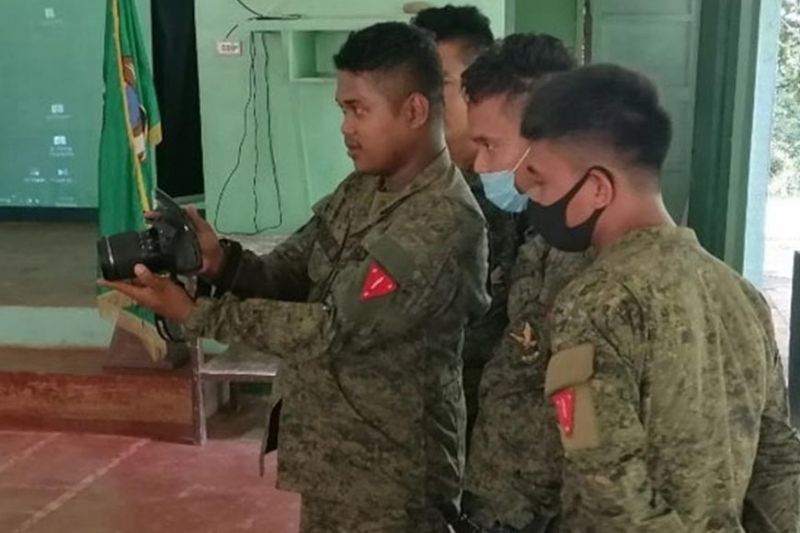 The 53rd Infantry Battalion recently conducts combat photography training to capacitate its troops with the necessary skill to work in hostile environments. A photo handout shows an photography instructor shows to the training participants the proper way of handling a camera. (SunStar Zamboanga)

The training was held at Camp Sabido that houses the headquarters of the 53IB in the town of Guipos, Zamboanga del Sur.

Lieutenant Colonel Jo-ar Herrera, commander of the 53IB, said that aside from taking pictures, they were also trained on Civil-Military Operation fundamentals, Preventing and Countering Violent Extremism (PCVE), news writing, and production of press releases.

Herrera said the training also intends to provide the troops with the necessary skill set who will be working in hostile environments especially in war zones.

Herrera said that combat photography and photojournalism is necessary in order to document combat and non-combat operations.

He said that troops in this job help create the official record for Army missions and operations.

He said that Army photographers have to be able to quickly react to any situation in any environment.

“One must always be ready, with equipment in good shape and batteries are charged,” he added. (SunStar Zamboanga)