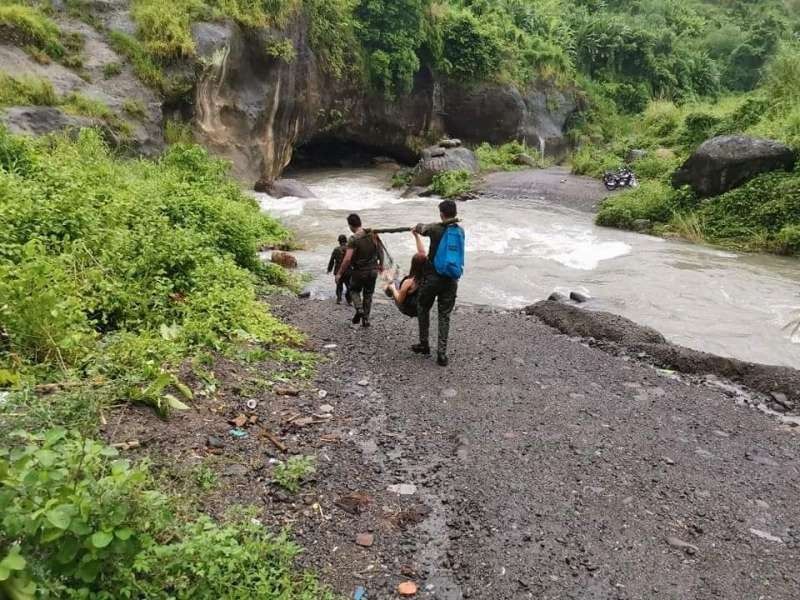 A TOTAL of 70 mountaineers and cyclists, including hikers who were stranded for days, were rescued by joint elements of the 48th Infantry Battalion and Floridablanca Police Station Search and Rescue Operations (SAR) amid bad weather conditions caused by a low-pressure area that affected Central Luzon and the rest of the country recently.

Authorities said 23 stranded persons were rescued at the outskirts of Barangay Mawacat, Floridablanca, Pampanga midnight of October 11 and were properly turned over to the leaders of their respective localities.

The other 16 are from Barangay Apalit, Floridablanca, five from Lubao and two cyclists from Calumpit, Bulacan who reached the crasher site (a waiting area for hikers) by foot after leaving their vehicles and mountain bikes in the vicinity of Malalatawan Falls and got stranded after the bad weather condition occurred.

The Army immediately conducted a debriefing and accounting of the rescued individuals for proper documentation upon reaching Barangay Mawacat proper.

Food, beverages and first aid were also given by the SAR teams.

He further advised mountaineers, hikers and cyclists to always be mindful of their safety when venturing into outdoor activities. (Ric Sapnu)