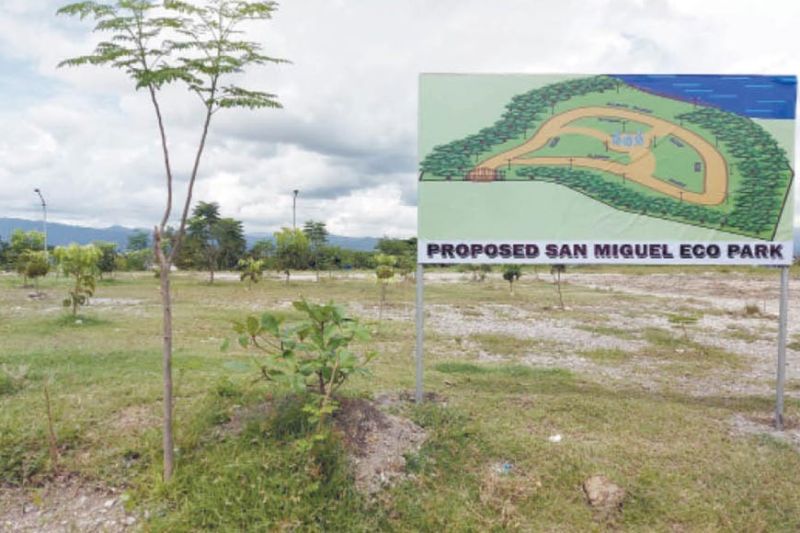 EIGHT years ago, the old dumpsite in Barangay Umapad, Mandaue City was known for its derelict situation due to the presence of garbage.

Now, the 10-hectare area where the old dumpsite once stood has been converted into a clean, green and habitable eco-park due to the efforts of the Mandaue City Government to clean up the area for good.

But aside from cleaning up the old dumpsite, the efforts of the Mandaue City Government also resulted in changing the mindset of residents who once depended on the garbage thrown at the dumpsite as a way of life.

“It is not easy,” said Marivic Cabigas, Mandaue City’s Department of General and Services (DGS) head, when asked about her journey in rehabilitating the dumpsite.

It all started in 2013 when Cabigas was appointed as the landfill manager by Mayor Jonas Cortes.

Cortes tasked her to fulfill one of his dreams, which was to finally close the Umapad dumpsite and improve the situation for those living in the area.

Cabigas recalled that when she started her job as landfill manager, she had to contend with the foul order from the dumpsite and the presence of garbage pests like rats and insects.

But she never waivered from the task given to her as she wanted to help improve the lives of around 3,000 residents who made a living scavenging for garbage there.

She recalled that some of the residents would just sleep on a pile of garbage if they didn’t have any homes to go back to.

To start the rehabilitation of the dumpsite, Cabigas started fencing around two hectares of the area and began leveling off the garbage before covering it with soil.

Cabigas’ efforts to clean up the dumpsite eventually produced fruit as the mountains of trash that were a fixture in the area were replaced with grass and trees.

In 2019, the City got a much needed help from the San Miguel Corp. (SMC), whose employees planted trees on five hectares at the site.

But aside from cleaning up the dumpsite, Cabigas also helped convince residents to leave scavenging and find a new livelihood.

She admitted that some of them were outraged with the City’s plan to close the dumpsite for good as they were worried that it would affect their incomes.

But Cabigas said she was also worried about the children of scavengers who lived in the area, as they didn’t have any opportunity to go to school unlike their parents.

To help residents, Cabigas tapped the City Social Welfare and Services to build a day care center in the area and provide a teacher for the children.

“I am so blessed that we were also provided a teacher who was once a scavenger and was offered a scholarship which helped her fulfill her dreams,” Cabigas added.

With the opening of the day care center operational, residents were convinced to send their children to school.

Genibel Jayme, 37, who lived in the dumpsite for 20 years, said they are thankful for Cabigas for giving them a future by providing them with a habitable environment.

In return, Jayme said they will help maintain and beautify the area.

By walking the talk, Cabigas eventually convinced residents of the plans that the City has for the area.

When they expanded the leveling of the garbage to more than two hectares, the City Government made an effort to relocate residents who were affected.

Some individuals offered financial assistance so some of the residents could return to their home provinces.

Now, there are only 115 houses or 500 individuals remaining in the area and these residents have been helping the DGS continue the project.

Cabigas said these residents will soon be granted one hectare of the old dumpsite where they can plant vegetables.

She said they can make a new living picking vegetables.

She said she was happy that aside from rehabilitating the old dumpsite and turning it into a clean eco-park, they were able to establish a thriving and habitable community.