Flooding blamed on lack of drainage at underpass 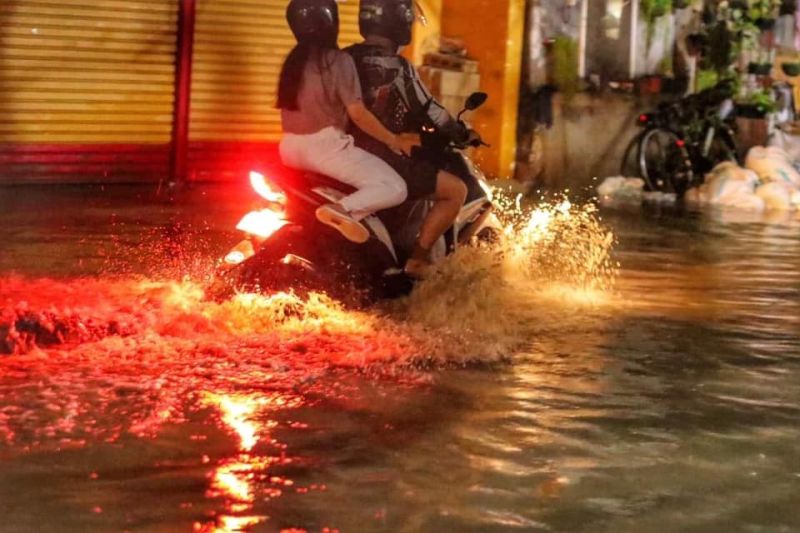 FLOODING on N. Bacalso Ave. in Cebu City, particularly near the Mambaling underpass, could have been prevented if the Department of Public Works and Highways (DPWH) implemented the P16.7-million road widening with a drainage system in the area.

DPWH 7 Director Edgar Tabacon told members of the City Council on Wednesday, Oct. 14, 2020, that the agency couldn’t implement the project after it encountered problems, particularly in the acquisition of road right-of-way (RROW).

The road would have been widened by 420 meters, providing an additional lane on each side.

Tabacon said that when the Mambaling underpass was built, the existing drainage across its stretch, which would have prevented heavy flooding in the area, disappeared.

In a previous report, Roy dela Cruz, who served as DPWH 7’s underpass project head, said the road widening project that included a drainage system should have been implemented before the construction of the underpass started.

Tabacon said the project was shelved because the issuance of writ of possession by the court was delayed.

He said the processing of RROW acquisition started in 2017.

To date, the DPWH has acquired writs of possession for 80 properties in the area, he said.

When asked for the timeline of the project’s completion, Tabacon said they will wait for the agency to acquire the properties before they set a target.

Pending its long-term plans, the DPWH 7 has set short-term measures to address the problem in coordination with the Department of Engineering and Public Works.

These include the mobilization of a mobile water pump; regular desilting of existing drainage lines; increasing the inlet and conduit areas of the existing drainage system; laying of additional pipelines for run-off disposal directed to the underpass sump pit; and reconstruction of the “disappeared” drainage line.

Vice Mayor Michael Rama told Tabacon he wants flooding in the area to be solved immediately.

Citing Cebu City South District Rep. Rodrigo Abellanosa, Rama asked about the “cistern the size of 10 Olympic swimming pools” that was supposed to be built below the underpass, which could hold runoff rainwater from Barangays Pardo and Mambaling and other neighboring areas.

“Wasn’t this supposed to be a smart tunnel adopted from Kuala Lumpur and the pilot for other similar projects?” he asked DPWH 7 officials.

Tabacon said there is a catching pond, but it is “not as big as an Olympic pool.”

Abellanosa, in a separate interview, said the Mambaling underpass has never flooded, adding that the stream of water flowing on the side streets “happens naturally during heavy rains.”

Abellanosa said he has been securing a P5-million budget for every urban barangay in the south district for the construction of drainage projects.

DPWH 7 officials led by Tabacon will appear before the City Council during its next regular session on Wednesday, Oct. 21, to continue their presentation.

Charisse Piramide, the council secretary, said council members have yet to agree on what action to take next. (JJL)