Rain or Shine stays unbeaten with close win over NorthPort 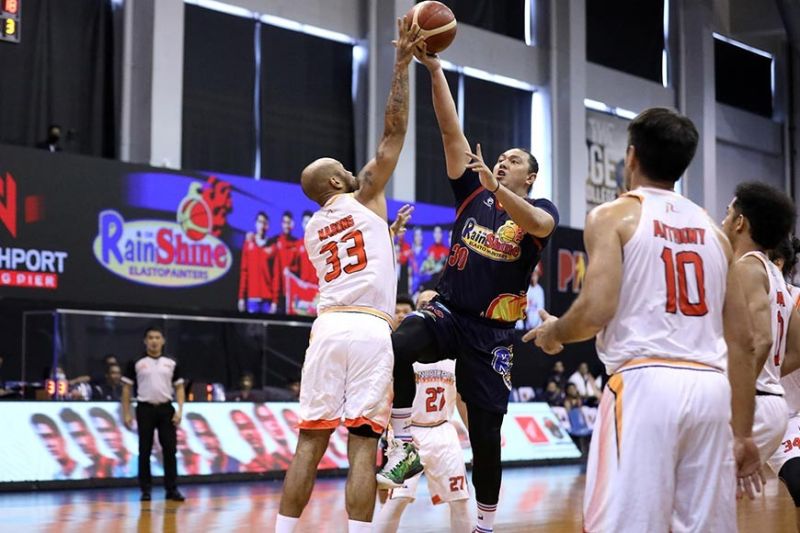 Beau Belga and the rest of Rain or Shine Elasto Painters pulled off a 70-68 win over NorthPort to remain unbeaten in the 2020 PBA Philippine Cup on Sunday, October 18, 2020. / PBA

Rey Nambatac showed nerves of steel as he sank two free-throws with just a second remaining to lift the Rain or Shine Elasto Painters to a 70-68 victory over the NorthPort Batang Pier in the 2020 PBA Philippine Cup on Sunday, October 18, 2020, at the AUF Sports Arena & Cultural Center in Pampanga.

With the game tied at 68-all after NorthPort’s Christian Standhardinger knotted the count with a tough jumper, Nambatac drove hard down the lane and was clipped by Batang Pier guard Paolo Taha as he attempted the floater.

With their unbeaten record on the line, Nambatac sank both free-throws to give Rain or Shine a 70-68 lead. NorthPort still had a shot at stealing the win but Sean Manganti’s three-point attempt was blocked by Rain or Shine’s Javee Mocon as time expired to give the Elasto Painters their third win in as many games.

As great as Nambatac was in the endgame, it was Rain or Shine’s ferocious defense in the third canto that spelled the difference in this fiercely-contested game. The Elasto Painters’ defense held the Batang Pier to just two points in the third, forcing them to miss 20 of their 21 attempts during that stretch.

NorthPort’s two-point output in the third equaled the all-time record for fewest points in a quarter.

NorthPort remains winless in three games so far this season.