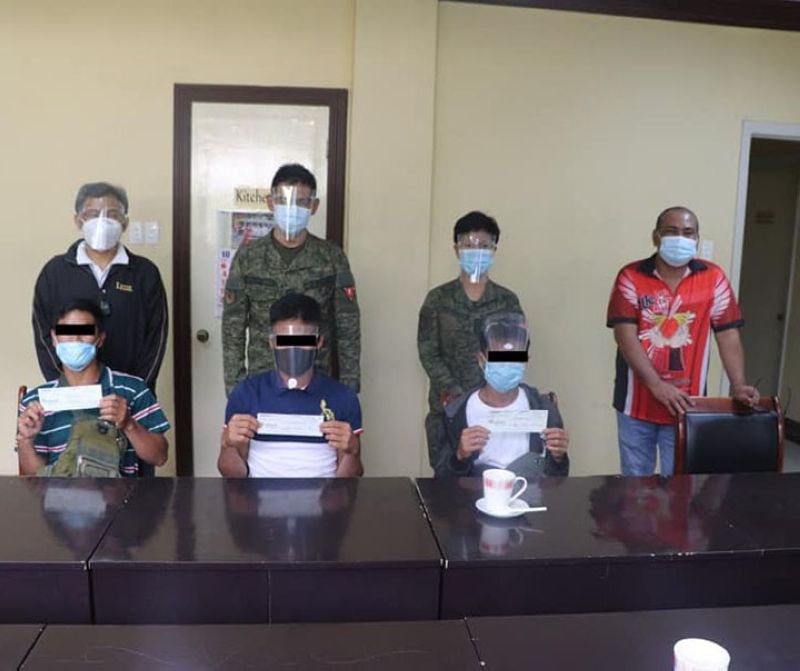 The beneficiaries, who received the benefits Friday, October 16, are those who surrendered to the Army's 53rd Infantry Battalion (IB) based in Guipos, Zamboanga del Sur.

Lieutenant Colonel Jo-ar Herrera, commander of the 53IB, said each of the three beneficiaries received a total of P65,000 cash benefit.

The Department of the Interior and Local Government Zamboanga del Sur provincial office and the Provincial Social Welfare and Development Office facilitated the distribution of cash assistance.

Zamboanga del Sur Governor Victor Yu said the grant of financial assistance is a great help to the former NPAs.

Yu encouraged the remaining members of the NPAs who are still in the hinterlands of Zamboanga del Sur to avail of the E-Clip and other government programs and initiatives.

He said the provincial government has also given immediate cash assistance of P20,000 to three NPA surrenderers. (SunStar Zamboanga)