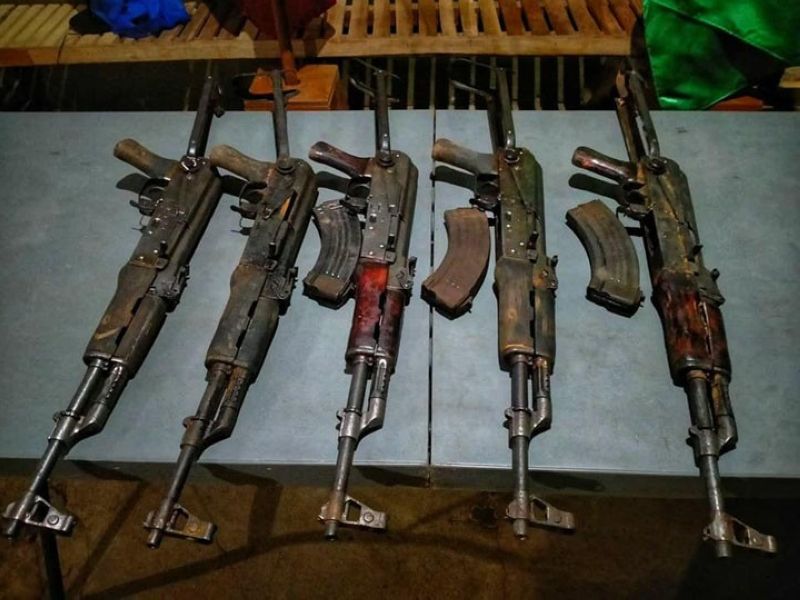 “The couple who were former NPA terrorist members, known as alias Larry and Grace, previously surrendered to 97IB and disclosed the location of hidden arms cache to the troops,” Boransing said.

He said the five AK-47 assault rifles were accordingly being used by NPA members under the Terrorists Cell Feliciano Alpha (Flex "A") but were buried due to the dwindling number of fighters and limited ammunition.

The firearms are in the custody of 97IB and now subject to documentation and processing to establish their origins. These will be transferred to Zamboanga del Norte Provincial Police Office (ZNPPO) to process firearms remuneration under the Enhanced Comprehensive Local Integration Program (E-Clip).

Brigadier General Leonel Nicolas, commander of the 102nd Infantry Brigade, said the NPA suffered heavy losses due to the command’s continuous and no let-up combat operations.

“The continued commitment of the Army and the different stakeholders in implementing the E-Clip will motivate the remaining NPAs to lay down their arms and return to the folds of law,” Nicolas said.

Major General Generoso Ponio, commander of the 1st Infantry Division, enjoins all stakeholders through the Local Task Force to End Local Communists Armed Conflict to sustain the momentum of the efforts against the NPAs.

“We are now about to see the end of the presence of the NPAs in Zamboanga Peninsula, as more and more NPAs continue to surrender to the government,” Ponio said.

“We will claim to be victorious in this battle and in due time, the peace-loving people of Zamboanga Peninsula will enjoy a safe, peaceful and progressive society for their families,” Ponio added. (SunStar Zamboanga)