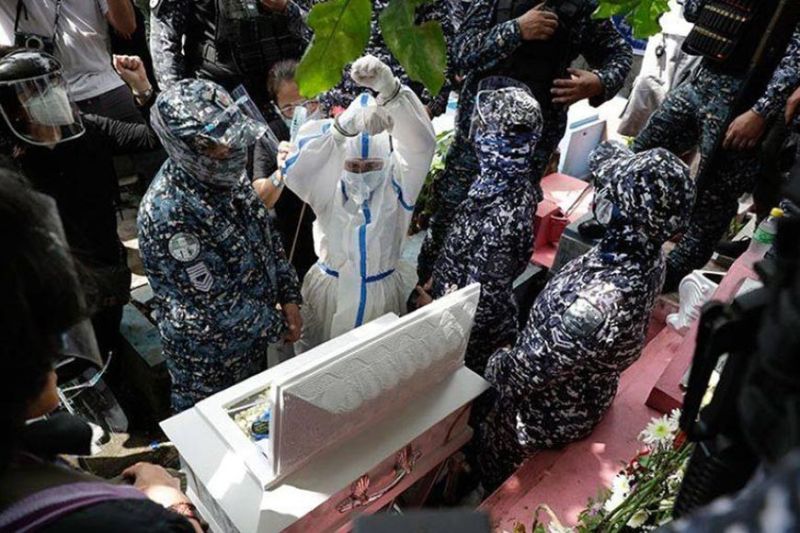 HUMANITY. Upholding the rights of an infant born in custody is fundamental in the creation of a truly “pribadong espasyo (personal space)” within the system of justice that ensures persons imprisoned are respected, their humanity inviolate, regardless of their class interests and political beliefs. (Sunstar File)

MOTHERS know better than to separate from a premature infant. The State, though, has no compunction in doing this because it is in keeping with Philippine laws.

Baby River Nasino was born a month early to Reina Mae “Ina” Nasino, 23, one of 62 community workers arrested in a government crackdown on activists conducted in Bicol and Manila in the last quarter of 2019.

Despite filing a pleading a day after River’s birth to ask the Manila Regional Trial Court Branch 20 to allow her to breastfeed River at either the Dr. Jose Fabella Memorial Hospital or at the Manila City Jail, the court ordered Ina to be returned to prison and the underweight infant to go to her maternal grandmother. Petitions to reunite the mother and infant went unanswered by the courts.

River had diarrhea not soon after being separated from her mother and was hospitalized.

On Oct. 9, after five months of deliberation, the Supreme Court released a 301-page decision and pleadings that redirected to the lower courts the petition filed by political prisoners, including Ina, for temporary release to be granted to prisoners during the pandemic.

On Oct. 9, River died from pneumonia.

The internet exploded when citizens reacted to the stringent conditions that reunited Ina and her dead baby, which limited her to three hours of visits to the wake and another three hours during the burial while handcuffed, covered in complete personal protective equipment, and surrounded by uniformed guards.

Personal space (“pribadong espasyo”) respecting the rights and welfare of prisoners, specially those detained for their political beliefs, is sorely lacking in the justice system.

Breastfeeding an infant exclusively during the first six months of life is a public health policy aggressively pushed by the Philippine government to reduce infant mortality.

Specially for a “preemie” or a premature baby born with congenital conditions, breastmilk is the most nutritious, safest and most effective disease-fighting protection, actively endorsed by the World Health Organization.

Philippine law limits an infant born in custody to stay with its mother for only one month. Lacking explicit conditions for granting exceptions to this one-month limit, why cannot the law and Philippine jails be revised to conform to the Philippine policy promoting breastfeeding?

Aside from the possibility of women inmates being pregnant at the time of their arrest and detention, the welfare of infants born in custody should be paramount in the consideration of jail authorities to equip Female Dormitories with a nursery that has a “lavatory, refrigeration for breastmilk, electrical outlets for breast pumps, small table and comfortable seats, and other items needed for raising a newborn,” as Ina requested in her petition to the court, reported Rappler on July 2.

Substantive justice for infants born in custody and their detained mothers should reflect the “Bangkok Rules,” which sets down the United Nations guidelines regulating that the child’s best interests should inform any decision made to separate a child from its detained mother, reported the British Broadcasting Corp. on Oct. 16.

Malaysian laws permit a child to stay with its detained mother until the age of three or four years; in the UK, until the child reaches 18 months.

A system of justice that tears away an infant needing the breasts of its mother for survival is no better than a punitive one that will punish and deform its inmates in ways much more inhuman and permanent than torture.

A punitive justice puts to rest any claim or aspiration we make for civilization and advancement.