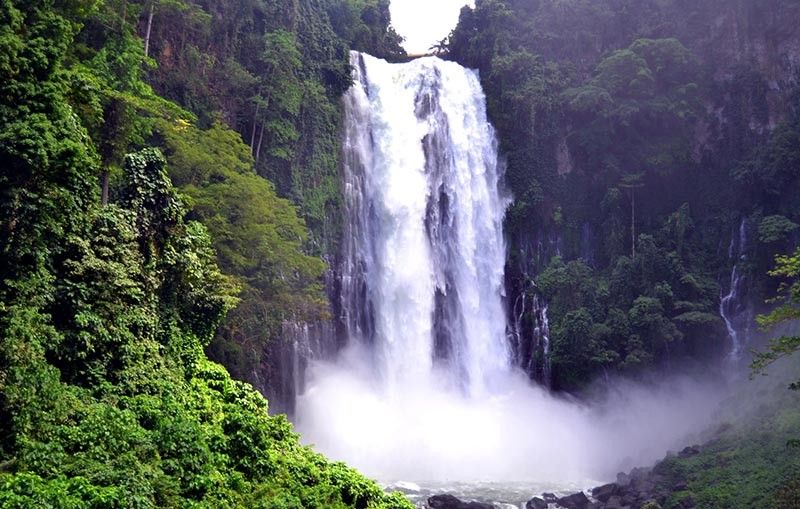 REHAB. The Maria Cristina Falls is a notable feature of the Agus-Pulangi Hydroelectric Power Complex. The Mindanao Development Authority is pushing for the P50-billion “one-time big-time” rehabilitation of the hydroelectric power complex. At present, the hydroelectric complex only delivers an average of 30-40% of 300MW to 400MW of its 1,001MW capacity. (Photo by RJ Lumawag) 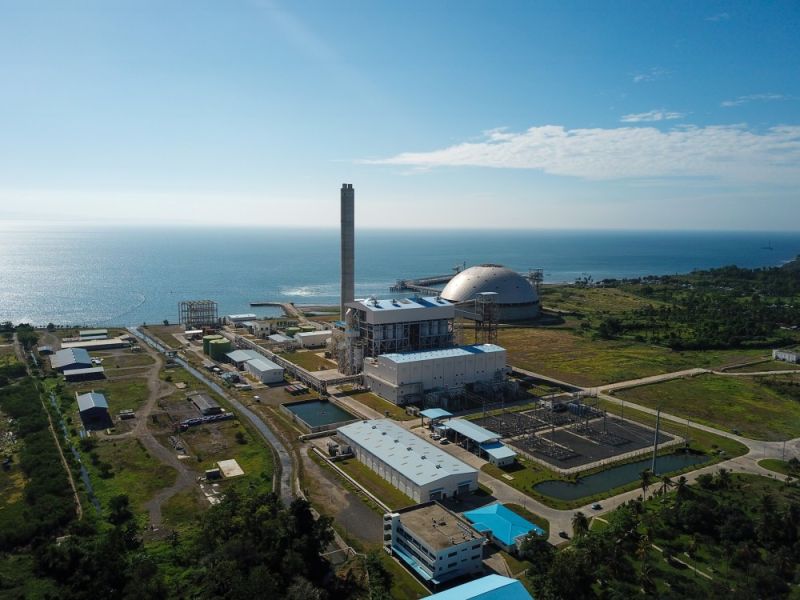 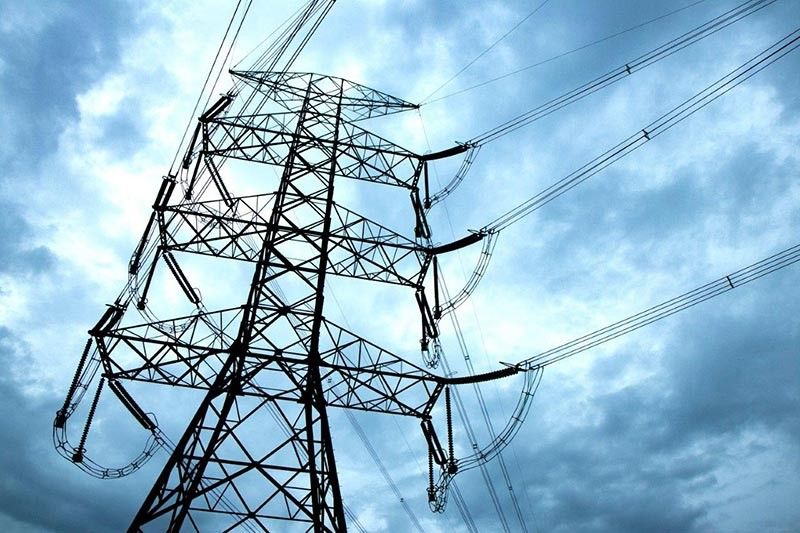 TRANSMISSION. The power supply from power generation facilities is distributed throughout Mindanao through the transmission network of the National Grid Corporation of the Philippines. (NGCP photo) 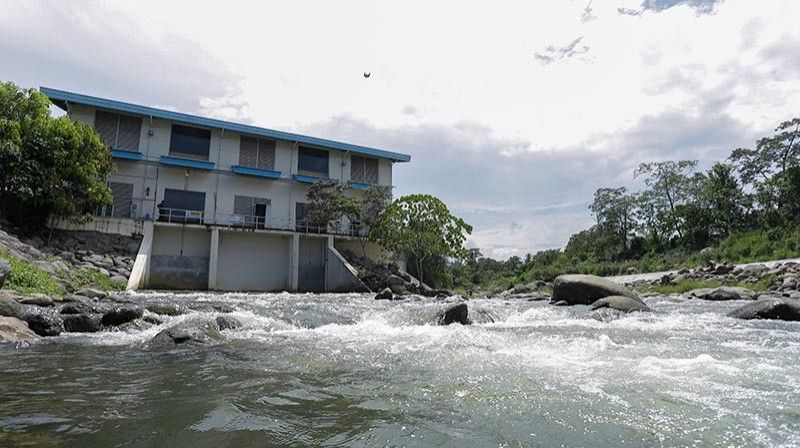 TODAY, the dark times in Mindanao where rotational power interruptions of up to 12 hours were the norm is but a vague memory. However, the sufferings these caused small and medium-scale enterprises that comprise the bulk of Mindanao’s economic generators left a lingering fear. At its worst, the tuna industry of neighboring General Santos City was threatened as canning and cold storage facilities couldn’t be operated on profitable levels. The same with the sardine canning industry in Zamboanga City.

“You might be in the middle of mixing, cooking, etc., then if the power supply is interrupted, you will end up with a wasted batch,” she said. This happened to them during those dark years that was why they bought a generator powerful enough to run the machines but still, major wastage can happen.

“If sudden, wala kami na inform, manggahi ang sabon sa mixer or hindi na ma-mix properly ang mga additives kasi it takes time rin bago ma-on ang generator (if there is no prior announcement, the soap that are still being mixed will harden or the additives will not be mixed properly because it takes time to turn a generator on),” she said. These will all be thrown away.

Jonathan S. Traya, who runs a compendium of small businesses from furniture-making to software development to food in Davao City, says without power, all his businesses will stop.

“All businesses that are dependent on the Internet, all establishments that are relying on machines such as hospitals and banks,” she said. With a fully computerized operation, Uyboco said without power, their store operations stop. The years of unstable power supply made them invest in generator sets, as most businesses in Mindanao had to.

With a Mindanawon president at the helm, the rotational power interruptions were quickly resolved, but there’s that lingering fear... does Mindanao have enough power to sustain its growth?

The good news: It does. Although, it can be better.

Mindanao Development Authority (Minda) Deputy Executive Director Romeo M. Montenegro, whose focus is on the power sector in Mindanao, said in a report he presented to the Mindanao Affairs Committee Hearing on the Mindanao Power Situation and the subsequent meeting with the Association of Mindanao Rural Electric Cooperatives (Amreco) on September 17, 2020, as of May 2019, Mindanao had an installed capacity of 4,436 megawatts (MW) and a dependable capacity of 3,832MW, where peak demand reached was on May 8, 2019, at 2,013MW.

The pandemic has slowed down demand for the year as consumption dropped with the slowdown in the economy.

“Right now, Mindanao enjoys a regime of stable power supply with grid surplus averaging 1,200MW to 1,300MW. But the supply excess is time relative because when Mindanao reverts to pre-Covid economic levels, the previously projected annual power demand growth of 11 percent will eat up surplus by 2025,” he said. The prospects are not as dark as before as concrete steps are being taken to address this.

In the Minda update, it showed that power projects with 589MW capacity have already been committed while there are 2,771MW indicative generation projects.

Minda is also pushing for the P50-billion “one-time, big-time” rehabilitation of the Agus-Pulangi Hydroelectric Power Complex made up of run-of-river hydropower plants (Agus 1, 2, 4, 5, 6, and 7) located along Agus River from Lanao Lake to Iligan Bay, which has an installed capacity of 728-megawatt, and the Pulangi 4 along Pulangi River in Maramag, Bukidnon has an installed capacity of 255MW. Agus 3 still has to be built. The Agus-Pulangi complex is just delivering an average of 30-40 percent of its capacity due to maintenance.

“Topping 50 percent capacity factor under current conditions for the Agus Complex is not technically possible given the need for full rehab and major replacements of some plant operating units,” Montenegro said. “Another limiting factor is the flow of water that needs to be regulated going through the Baloi flood plain, especially with the absence of still to be implemented flood control components, which will be part of rehab.”

The direct link of power consumption and economic growth had most been tracked in the mid-1990s when a private power utility held annual updates on power consumption growth, which is directly linked to the purchasing power of the populace and the growth of the middle class. The late Alfonso Y. Aboitiz rallied business leaders through these numbers. It was the height of the Brunei-Indonesia-Malaysia-Philippines East Asean Growth Area initiatives and the business sector was bullish over prospects in a growth area that was once ignored by economic managers. A growing middle-class was a cause for celebration.

The logic behind these annual updates still holds as areas where electric cooperatives are ailing are those where the economy is not growing.

“Socio-economic factors are inevitably a variable that affects the operations and quality of service of these ECs. Being tasked to cater to the rural populace, where majority of the consumers are residential, not to mention life-line consumers, necessarily affects the system loss and collection efficiency. Simply put, these ECs are at an economic disadvantage aside from the demographic and geographic constraints,” Montenegro said. Other factors affecting an electric cooperative’s health are size, sales density, and customer profile.

Aside from having to focus on how electric cooperatives are managing their system loss, transmission upgrades and collection efficiency, among many concerns, Minda is seeking the Office of the President’s support on an action plan by the Department of Energy (DOE), National Electrification Administration (NEA), and the Amreco to rejuvenate ailing and the “yellow” electric cooperatives.

Classified into colors, Red refers to ailing cooperatives and Yellows are on the watchlist, in danger of becoming Red. There are two under Yellow classification: Yellow 1 and Yellow 2. Yellow 1 are coops which failed to comply with not more than three parameters and standards and shall fall under the watchlist group. ECs that failed to comply with four or more parameters and standards are tagged as Yellow 2, Montenegro explains. The parameters include sufficient cash to cover one month's expenses, the collection efficiency of at least 95 percent accounts payable for power in current status; systems loss at not more than 13 percent; and positive financial operation and net worth.

But it is also true the other way around: to ensure the stability of the economy, the power sector has to be stable. Mindanao knows that too well.