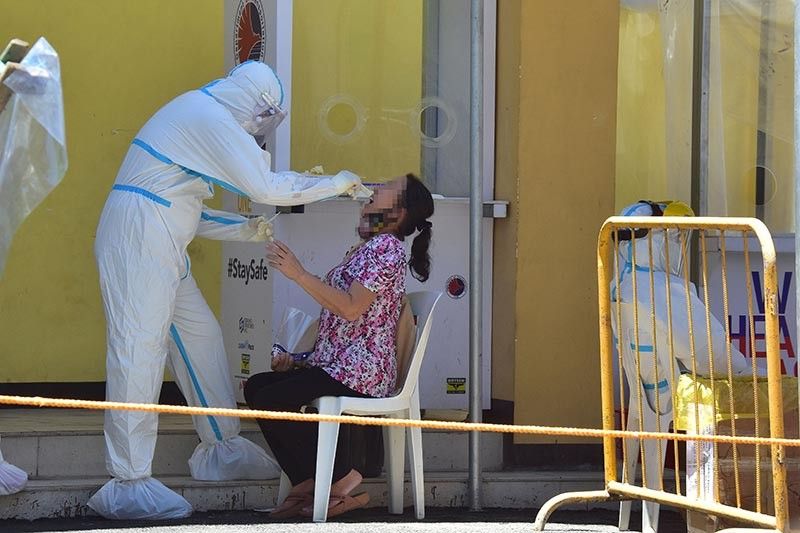 THE Department of Health in Davao Region (DOH-Davao) recorded nearly 1,000 new coronavirus disease (Covid-19) cases in the region within only the first two weeks of October.

The region recorded the highest number of new cases in a single day on October 14 with 91.

October 11 to 17 had the highest number of new Covid-19 cases reported in a single week with 451.

The increasing number of active Covid-19 cases in the region and Davao City has resulted in hospital beds for Covid-19 patients at the Southern Philippines Medical Center (SPMC) nearing full occupancy. The hospital is the primary Covid-19 hospital in Davao City and Davao Region.

Data from SPMC showed that on October 5 and 16, intensive care unit (ICU) beds for Covid-19 patients had an occupancy rate of 100 percent. The occupancy rate for ward beds hovered between 80 percent and 90 percent, the highest being on October 9 at 97.17 percent.

Based on the recent report of DOH-Davao, the two-week growth rate in Davao Region has slowed down to 25.6 percent from 53.6 percent. It also reported slower growth rates for Davao de Oro, Davao Oriental, Davao del Norte, Davao del Sur and Davao Occidental.

It was only Davao City that recorded an increasing growth rate. As of October 15, the city's current two-week growth rate is at 60.10 percent, compared to the 43.60 percent recorded in the past three to four weeks.

DOH-Davao Assistant Director Lenny Joy Rivera said on Friday, October 16, during the One Davao on Covid-19 virtual presser that the two-week growth rate is a measurement that shows how quickly the number of cases is changing in the two weeks.

While the two-week growth rate in the region has slowed down, the attack rate slightly increased to 0.9 percent from 0.7 percent.

The attack rate in Davao City also increased to 2 percent from 1.2 percent. However, data from DOH-Davao also showed that the attack rate for other provinces in the region had slightly decreased.

"For the attack rate, diyan natin nakikita yung risk natin (we can see the risk) of having an infection or the burden of a disease in a specific area and a specific time," Rivera said.

Rivera said both the growth and attack rate are being used as indicators in the current Covid-19 situation in the ground, particularly, what measures are needed to be improved to curb the further transmission of the Covid-19.

She said the increasing cases in Davao Region are brought about by mass gatherings, which is currently being discouraged by health authorities and the government.

They also saw Covid-19 transmissions at birthday parties, weddings and other special occasions.

Data from DOH-Davao also showed that a total of 17,906 tests have already been conducted by Covid-19 testing laboratories in Davao Region. Around 6 percent or 1,184 have tested positive for the Sars-CoV-2. Of this number, 274 are from other regions.