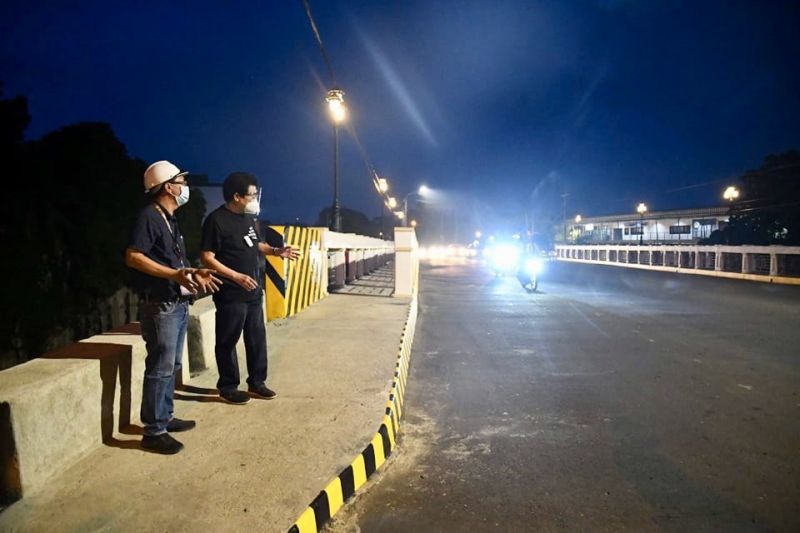 ANOTHER major bridge has been improved. This time, it is the Lupit Bridge near the San Antonio Abad Church.

Mayor Evelio Leonardia led the inspection of this bridge rehab project that was completed recently.

The mayor said while most of the city’s resources and attention are now focused on the fight against Covid-19, the City Government has also to continue providing better roads and bridges for its people because public works like these are economic stimulants.

Since this bridge is part of Lacson Street, one of the busiest streets in the city, its widening and rehab will improve the flow of traffic from that street to Lacson Extension, and to the south where another four-lane bridge will soon open, the mayor added.

Acting City Engineer Aladino Agbones, who accompanied the mayor in inspecting the project, said the total project cost for the two wings of the bridge is P33.5 million.

The project included the widening of the bridge and the road approaches.

The bridge improvement was sourced from local funds.

The rehab work was done by Wilkinson Construction, which won the public bidding before Covid-19 struck Bacolod City. (PR)