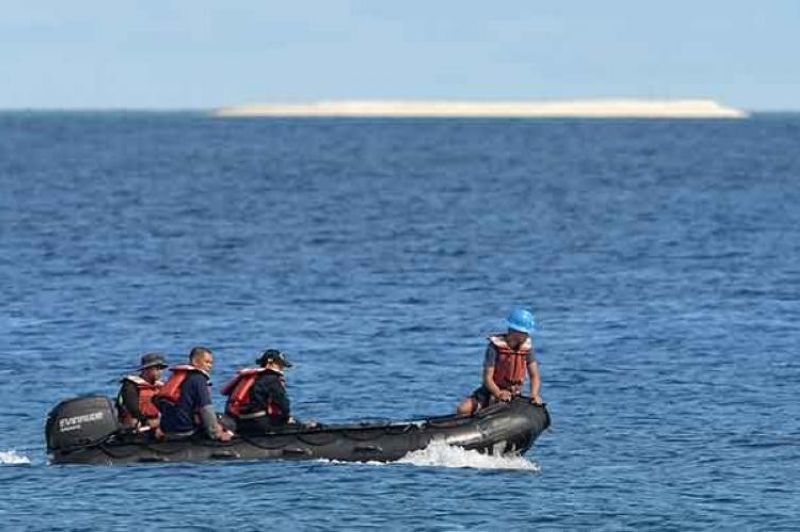 PHILIPPINE Navy Chief Giovanni Carlo Bacordo said on Monday, October 19, 2020, that the “volatile and uncertain” situation in the West Philippine Sea (South China Sea) is due to the stronger assertiveness of claimant countries to protect their interest in the area.

"When the chief of staff AFP said that the situation in the West Philippine Sea has become more tense, it is because of the increased assertiveness of the quad countries," Bacordo said.

"I'm referring to the US, Australia, Japan and India wherein they're conducting their increased presence in the conduct of freedom of navigation operations and also the conduct of exercises in the contested areas," he added.

Amid the continuous threat, Bacordo vowed to secure all Filipino vessels doing oil and gas exploration within the Philippine territories following the lifting of moratorium for its conduct.

"I cannot predict what will happen next but I just like to inform you that the Philippine Navy is ready to protect our vessels conducting oil exploration or conducting surveys in our areas within the 200 nautical mile exclusive economic zone, within the 350 nautical mile extended continental shelf in the Benham Rise," Bacordo said.

Bacordo made the statement following the pronouncement of Armed Forces of the Philippines chief General Gilbert Gapay that the situation in the protested area remains volatile and uncertain.

Defense Secretary Delfin Lorenzana assured that the situation is “stable and manageable” and that the military can focus more on internal security issues especially terrorism and insurgency.

Asked about the protocols of the Navy in terms of being challenged by a foreign ship in the sea, Bacordo said they also put pressure on the foreign military or commercial vessels by asking them their origin and the purpose of their voyage.

"Ngayong panahon, what we do is we communicate. While they challenge us, we also challenge them, whenever foreign vessels pass through within the area of our littoral monitoring stations, we challenge these vessels," Bacordo said.

In February, while the BRP Conrado Yap (PS39) was patrolling the Malampaya Natural Gas to Power Project (MNGPP) and the Kalayaan Island Group (KIG), a Chinese vessel which was identified as People’s Liberation Army-Navy (PLAN) corvette warship bearing bow number 514 pointed a gun control director at the Philippine vessel.

China is claiming a portion of the South China Sea despite the ruling of the Permanent Court of Arbitration in The Hague, Netherlands that its claims have no basis. (SunStar Philippines)