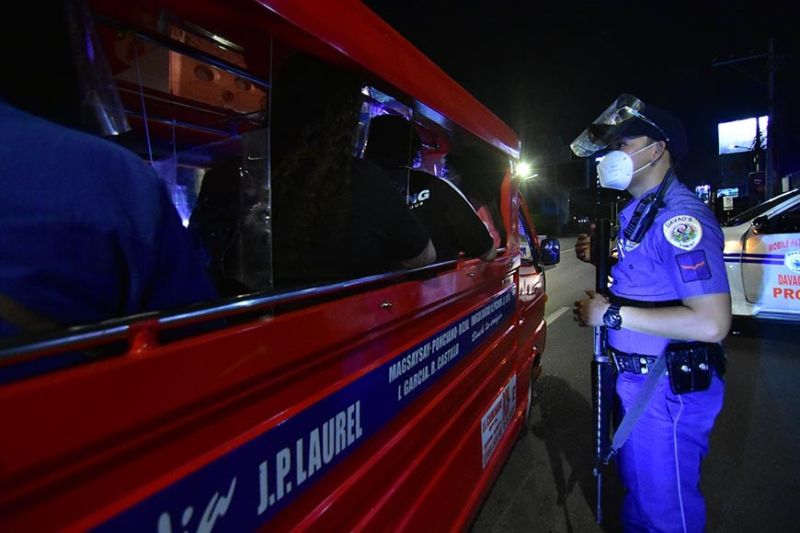 UNLESS active Covid-19 cases would reduce, Davao City Mayor Sara Duterte-Carpio said the City Government will continue to regulate the movement of the people through the curfew to curb the spread of the coronavirus.

Duterte-Carpio said on Monday, October 19, they had been receiving various requests from the public and different sectors to consider starting the curfew at a later time, as they deemed the 7 p.m. to 5 a.m. curfew inconvenient especially to commuters and establishments.

The mayor said the set time of the curfew was recommended by the city's medical consultants.

(We have been receiving various requests to reconsider the time of the curfew. But for now, all of our medical consultants said the curfew will be from 7 p.m. to 5 a.m. We need to prevent people from doing extracurricular activities.)

The mayor said based on the findings of the health authorities, the transmission is high when people conduct "extracurricular" and "non-essential" activities or mass gatherings, which mostly happens in evenings or after 5 p.m., the time many are done with work.

She also said the initial proposal was to set the curfew at 5 p.m., but they decided to have it at 7 p.m. to allow workers to also buy food or groceries.

The curfew was imposed following the surge of active Covid-19 cases in the city. According to the October 18 data of the Department of Health-Davao Region (DOH-Davao), Davao City has a total of 573 active cases.

(We are trying to reduce our active cases to two digits. If we can do that or drastically decrease the number of cases, maybe we can make adjustments with the regulations on the movement of people.)

DOH-Davao on Friday, October 16, said Davao City's current two-week growth rate as of October 15 is at 60.10 percent, compared to the 43.60 percent recorded in the past three to four weeks.

DOH-Davao Assistant Director Lenny Joy Rivera said this rate was the city's reference in its reimposition of strict measures such as the 7 p.m. to 5 a.m. curfew and liquor ban.

Rivera also attributed mass gatherings as one of the contributors to the increase of coronavirus transmissions in the entire region.

The DOH official said they had recorded a certain case where a Covid-19 patient was able to have a close contact with 27 partygoers and 18 of them tested positive as the result.