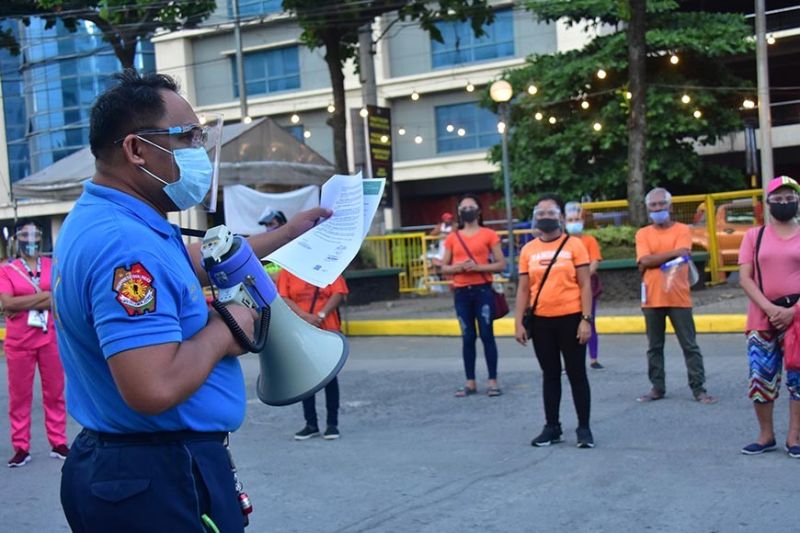 DAVAO City Mayor Sara Z. Duterte-Carpio said the City Government is studying the possibility of adjusting the operation of the Roxas Night Market at an earlier time.

Duterte-Carpio said in a radio interview that they are studying opening the night market at 4 p.m.

The mayor said she already instructed the offices involved in the operation of the night market to study the possible implementation of its proposed earlier operation.

The mayor added the City Transport and Traffic Management Office (CTTMO) is now studying a new traffic plan to manage the traffic situation in Roxas Avenue once it will be closed to motorists at an earlier time.

"That would mean nga mag-adjust tanan sa ilaha, including ang CTTMO nga in charge sa traffic situation sa atong siyudad (several adjustments must be made by the night market vendors and in-charge, including CTTMO, who is in charge of our city’s traffic situation)," Duterte-Carpio said in a radio interview via 87.5 FM Davao City Disaster Radio.

The mayor said there will be no extension on the night market's operation.

This comes after some vendors, tenants and masseurs appealed to the city mayor following the reimposition of the citywide curfew from 7 p.m. to 5 a.m. until December 31, 2020, through Executive Order (EO) No. 55.

The mayor revealed that the EO is in response to the surge of Covid-19 cases in the city.

The curfew, however, did not sit well with night market vendors and occupants, saying that the two-hour operation is not enough for them to prepare and generate income.

A vendor named Rachelle (name withheld) of Barangay Buhangin said the allotted time for their operation is not enough considering the food preparation will take some time.

(From the perspective of the customers, for example, I will be ordering barbecue then eat it inside the night market. I won’t even get to enjoy my stay there because without noticing, police auxiliaries will now be roving, signaling that it is closing time. Might as well close it to the public since the allotted time for its operation is too short.)

Another vendor said, "pakyas gyud, bagsak. nsaon ta nga alas 5 to 7 p.m unsay makita ana, igo ra human og arrange, close na pod kay ala-7 na (We expect huge losses. What can you expect on a 5 to 7 p.m operation? We just prepared and arranged our stalls. After that, we close at 7 p.m. without even catering some customers)."

Rhodora Garces, 56, of Trading Boulevard said, "kung kini ang nakaayo sa atong panahon karon sa pandemya wala tay mahimo, mosunod gyod ta, dili pod ni tanang panahon ingon ani (We cannot do anything about this if this is one of the ways we can slow the pandemic. We can’t do anything but to follow. I do believe this is only a temporary situation).” (With reports from Jeepy Compio)