Magnolia, Meralco to do battle in PBA Philippine Cup 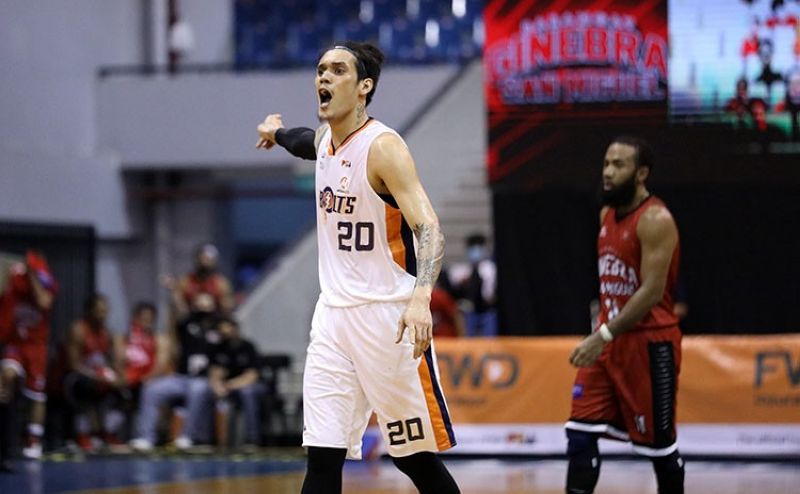 Raymund Almazan and the rest of the Meralco Bolts will be trying to get a win against Magnolia in their clash in the PBA Philippine Cup on Tuesday, October 20, 2020. (PBA photo)

The Magnolia Hotshots and the Meralco Bolts clash in the 2020 PBA Philippine Cup, with each side seeking a win to allow them to keep in step with the rest of the field in this abbreviated tournament.

Tip-off is at 4 p.m. Magnolia and Meralco sport similar 1-2 (win-loss) records and Hotshots head coach Chito Victolero is well aware of the fact that his team cannot afford to fall into a hole from which they won’t be able to climb out of.

"It's difficult to fall in a deep hole in the bubble. Other teams will pick themselves up and get some wins, that's why you can't fall behind," said Magnolia coach Chito Victolero during the media availability session.

“It's a little bit difficult if you are losing because you see everybody every minute of the day. You see all the teams and you see all the officials so you can't get away from basketball because of the atmosphere," Black said.

The Bolts and the Hotshots had victorious debuts but has fallen on tough times, with each team losing two straight.

The Hotshots bowed to the Alaska Aces, 87-81, in their last game while the Bolts got routed by the undefeated Barangay Ginebra, 105-91, last Sunday. (JNP)