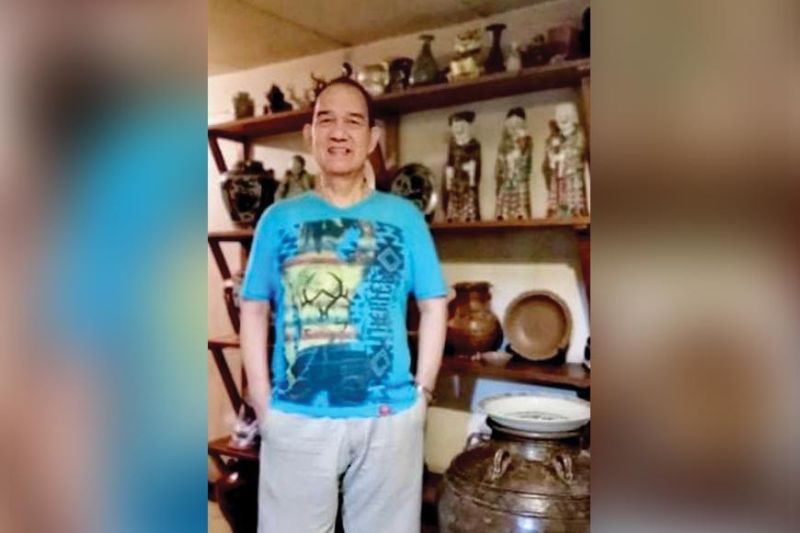 LOUIE NACORDA with his early Ching Dynasty jar and at the background, the Three Cardinal Chinese Virtues of Longevity, Happiness and Prosperity statues, in famille rose circa 1930s (Republic Wares). 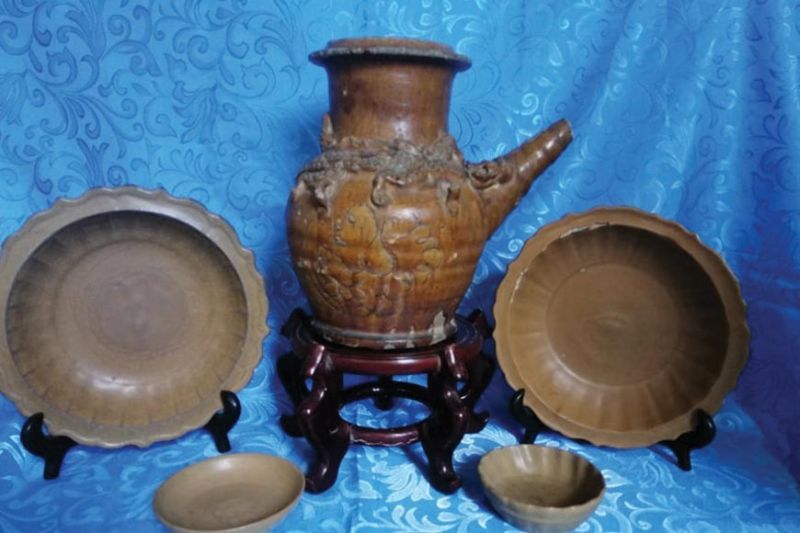 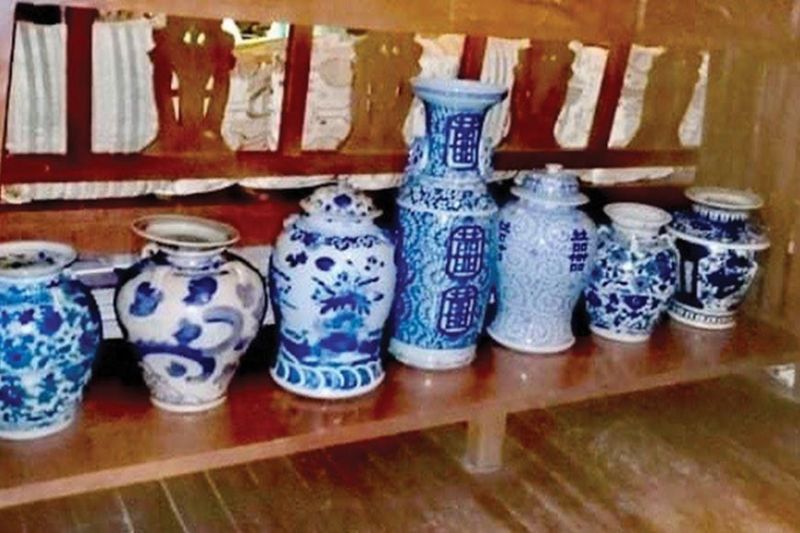 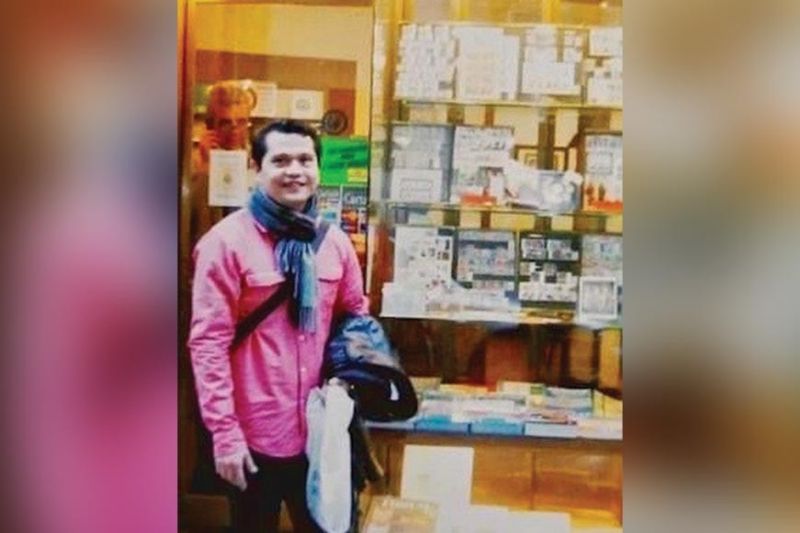 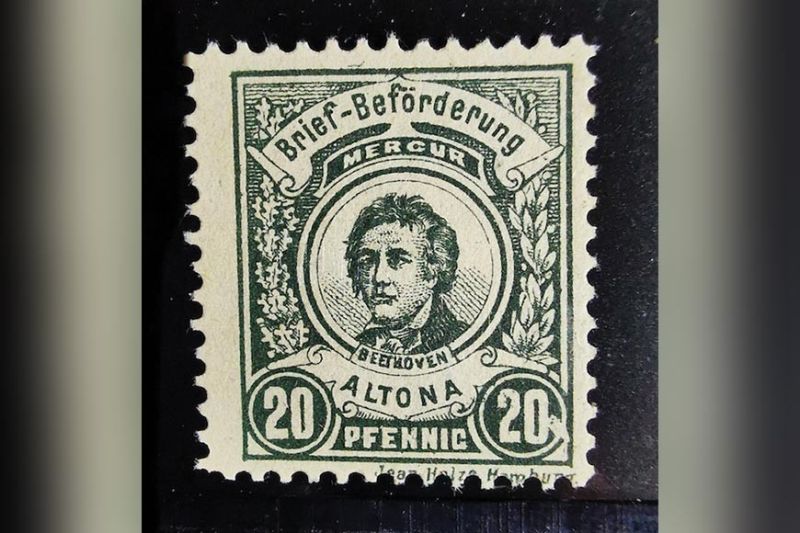 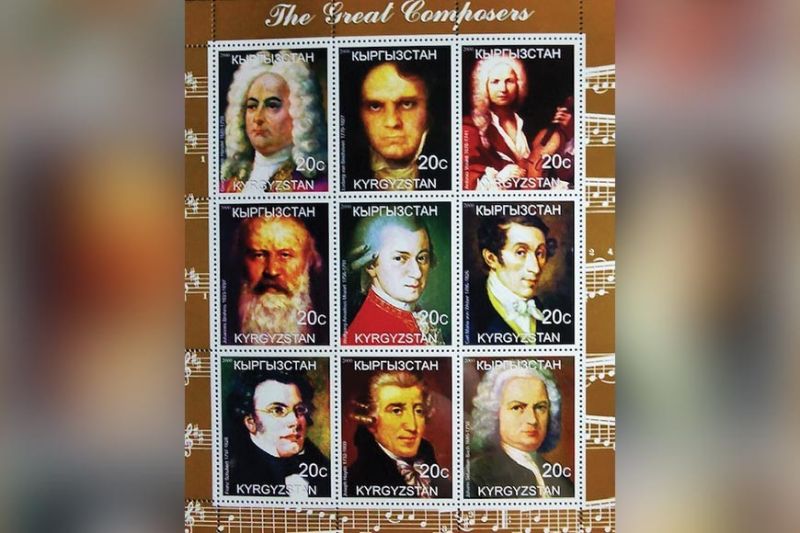 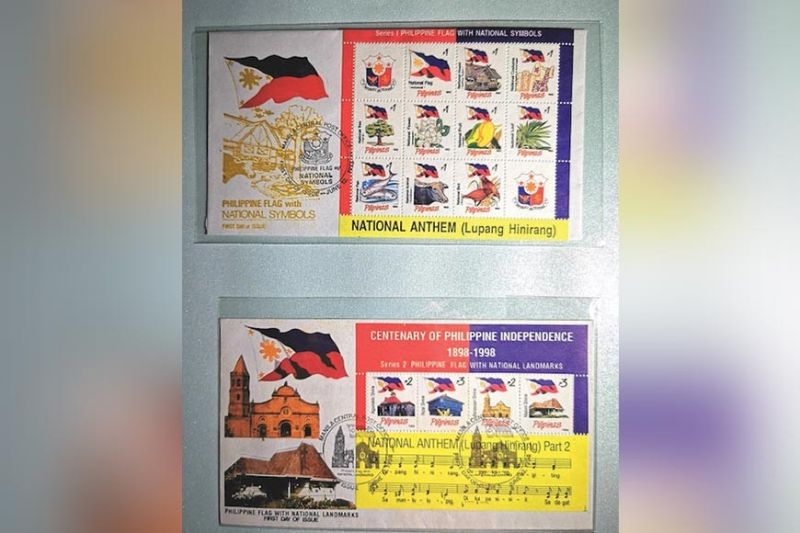 THE NATIONAL ANTHEM (Lupang Hinirang) and the Centenary of Philippine Independence stamps.

THERE is a “collector” in almost all of us depending on our interests and inclinations. Some are not even fully aware that they already have a collection of this and that because they are not consciously/seriously into doing a collection. They just accumulate favorite things which make them light-hearted and happy. However, there are serious collectors who go out of their way to find more items to add to their treasured collection.

Louie Nacorda is an avid collector of religious images, mostly antiques. He has an enviable Sto. Niño collection, statues of the Blessed Virgin Mary and different “santoses.” He also has a collection of antique Chinese items which we will focus on in this writeup.

It was in the ‘70s when Louie saw stockpiles of blue and white ceramic saucers at the Marbay Market in Baguio. There were Chinese characters on them surrounded by crab figures. He was intrigued because no two designs were alike. And they were cheap! Something like three for P100. These were known as Crab Plates but called “Platong Bastos” by the Ilocanos. He started buying six pieces and then bought more and more each time he went to Baguio which was twice a year. At that time, the pieces he bought were not yet available at Baguio’s antique stores.

He got hooked on antique Chinese items and went as far as Vigan to look for them. He also acquired pieces from collectors who were unloading from their stash. He treasures each and every item in his possession, with no particular favorite because he loves them all.

The priciest in the collection? Louie declared: “The most expensive will have to be my Sung Dynasty (13th century) jar, in perfect condition, an excavation piece. It should really be in a museum by virtue of its beauty and its antiquity.”

Dr. Vicente “Inting” Avanzado was 12 years old when an American neighbor opened his eyes to the world and the art of collecting things as a hobby. The impressionable young boy then started out collecting coins but in time became more fascinated with collecting stamps. And thus, the stamp collection journey of 40 or so years of this piano-playing gastroenterologist began.

Doc Inting has focused his collection on four subjects: stamps with musical instruments, stamps featuring National Anthems including lyrics and notes, stamps with the faces of musical composers, and Jose Rizal stamps. He gets his pieces from Post Beeld and Poppe online shops, from postal exchanges with other collectors, thru bidding from online selling, and during visits to postal offices when traveling. He has more than a thousand stamps in his collection.

His favorite? The Beethoven Altona stamp from 1889 in mint condition and considered the very first Beethoven stamp. It is a very rare piece and was difficult to procure. The most expensive? The Bhutan National Anthem record stamp which is a novelty item because it actually plays the country’s anthem.

Doc Inting said: “This collection gives me so much joy and a sense of satisfaction since I’m also able to share my Stamp Stories in my blog ‘The Anthem Philatelist.’”