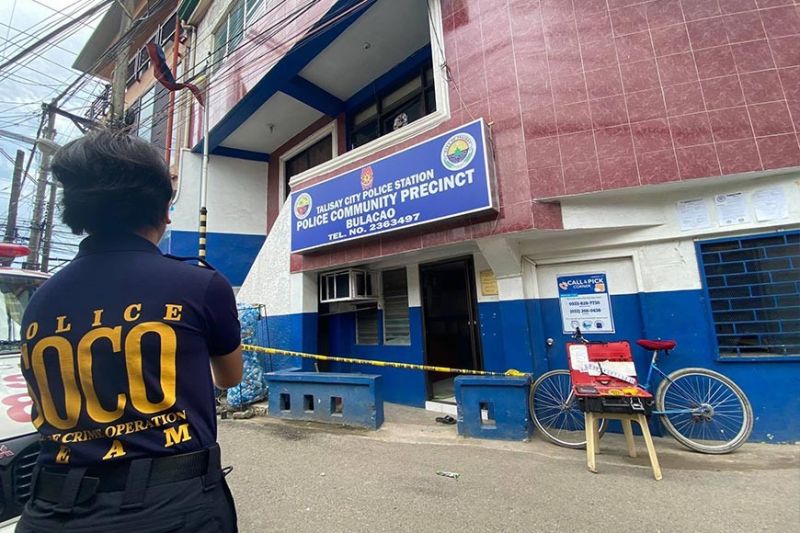 FOUR gunshots that rang out inside a police precinct in Talisay City, Cebu on Tuesday morning, Oct. 20, 2020, sent the on-duty personnel scrambling towards the room where the noise came from, and they saw the bloodied bodies sprawled on the floor—one was that of their fellow officer, while the other was that of a woman, the officer’s alleged paramour.

Cardino’s husband told Tulfo that his child reported the affair to him; the seaman further said that Cardino was pregnant and he doubted if he was the one who had impregnated her. Then Cebu Police Provincial Office director Col. Roderick Mariano was later interviewed and he promised to look into the matter.

The broadcast, which can be seen on YouTube, ended without the side of Cardino and Albiso, who was the police chief of Samboan town at the time.

The Tuesday incident that happened inside Albiso’s sleeping quarters in Bulacao Police Community Precinct was described as a murder-suicide, and the investigators said Albiso shot Cardino thrice in the head before pulling the trigger on his head.

Cardino was pronounced dead upon her arrival in the medical facility, while Albiso was declared dead at 12 p.m.

Before the incident occurred around 10 a.m., none of the precinct personnel had noticed the presence of Cardino as most of them were on the second floor.

Joy, the precinct’s civilian aide, also failed to notice that there was a woman inside Albiso’s room; however, she had seen Cardino visiting Albiso a few times in the past.

She said she was cleaning Albiso’s office when the police officer talked to her in an angry manner. Joy wondered what it was all about, but she did not ask him.

Albiso later asked her to buy food from an eatery. He then gestured to Joy to get out of his room.

Investigators from the Scene of the Crime Operation found four spent shells of the government-issued 9mm pistol, which was recovered along with a .45 pistol, believed to be Albiso’s personal firearm.

Talisay City Police Chief Maj. Gerard Ace Pelare has started an inquiry on the incident, and he wants to know what caused the rift between Albiso and Cardino.

The police officers and Joy had not heard a shouting match inside Albiso’s room before the fatal incident.

Albiso’s batchmate in the police service said he could not believe that the incident happened, saying Albiso was a good man. (BBT / KAL)